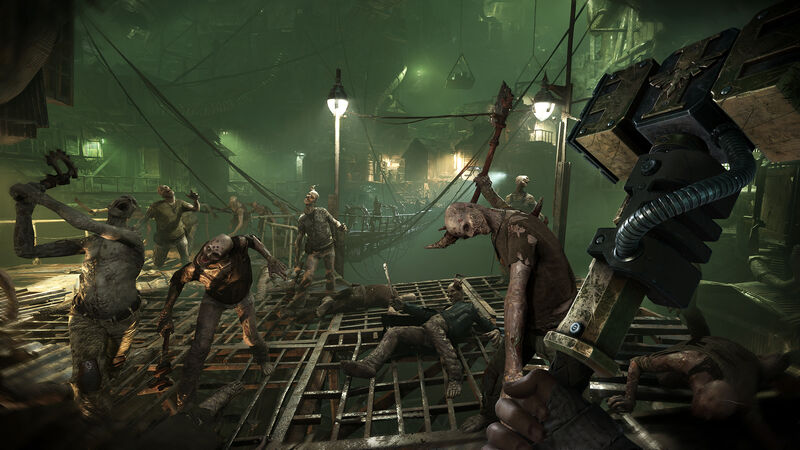 4.3
As it does nearly every couple of weeks, Xbox has revealed the next handful of games that will be added to its ever-growing Game Pass service, where players can get full access to over one hundred titles for a monthly fee of $15 (for now, at least). Game Pass just recently added two anticipated titles day-one of their release, those being Pentiment and Somerville, and the service continues the trend now, with Warhammer 40,000: Darktide, launching on November 30. Here's some info on Darktide, as well the seven other titles to be added throughout November:

Dune: Spice Wars will be added to PC Game Pass on November 17. This is a 4X real-time strategy game inspired by one of the most iconic sci-fi novels of all time; Dune. Players control one of four factions, appropriately managing their resources and battling for control of the desert planet Arrakis. Note that the game is currently in early access, and is not set for a full release until 2023.

Ghostlore also only comes to PC Game Pass on November 17, and it's also in early access. It is described as an "Eastpunk Action-RPG" where players fight creatures of Southeast-Asian folklore. Featuring an isometric perspective and a retro pixel art style, players can customize their character and run through procedurally generated dungeons, using various magical abilities to tear down monsters.

Lapin will drop day-one on Game Pass, November 17. It is a 2D platformer where you play as a rabbit, whose family had to leave their home due to construction work. It features smooth, fast-paced platforming with a lot of obstacles and contraptions, as well as a charming art style.

Norco drops on Xbox Game Pass, November 17. This is a "Southern Gothic" point-and-click adventure game set in a near-future New Orleans, where you, the player, have to search for your missing brother after the death of your mother, introspectively dealing with your own issues in the process.

Gungrave G.O.R.E. will be available day-one with Game Pass, November 22. This third-person shooter features the over-the-top action that's signature of the IP, with Grave wielding a large chain-gun that he can use to pull enemies in and use as cover.

Insurgency: Sandstorm comes to Xbox Game Pass this November 29. Boasting both co-op and PvP modes, the game is a first-person shooter focused on close-quarter gunfights in urban environments. Its main selling point is its realism, with detailed firearms, reloads that waste bullets, and significant weapon sway.

Soccer Story drops day-one on Game Pass, November 29. This is a bonafide RPG, just that the main gameplay system is Soccer. The player will be able to explore a pixel-art world and interact with its inhabitants, using their trusty magic ball to solve puzzles and uncover secrets. You can also engage in full-blown Soccer games in your quest to claim the Regional Cups.

Warhammer 40,000: Darktide is out on November 30th for PC. The Xbox Series X/S versions will launch shortly afterwards. Stay tuned for more details in the coming weeks. You can download the latest Warhammer 40K Darktide Trainer and cheats for free from WeMod.

They need to start bringing out something better nowadays ffs

These games are getting old I second that runts lol

God these games need to be put to rest lol