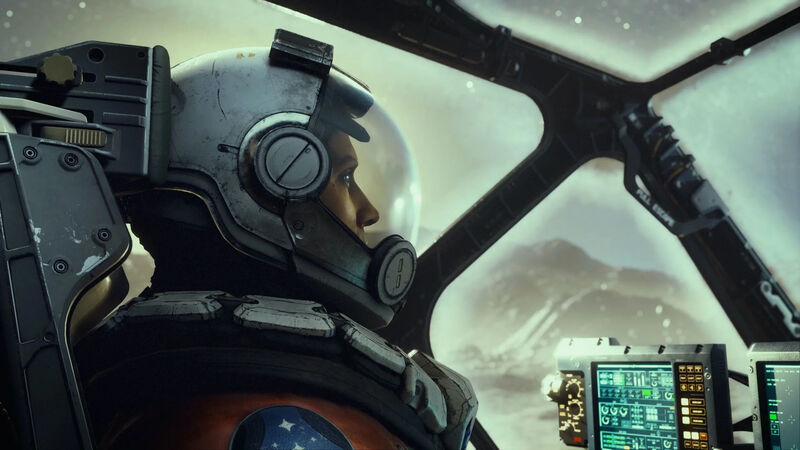 3.8
Xbox boss Phil Spencer has opened up about the company's divisive decision to delay its upcoming RPG, Starfield, into 2023. Originally, Starfield was slated to launch in early November 2022 and was going to be Microsoft's major first-party title going into the holidays. Unfortunately, this didn't play out as intended, which was a disappointment to a number of Xbox fans. And while Xbox's holiday lineup is now much more sparse as a result, Spencer still believes that it was wise to push Starfield back.

In a new discussion with The Verge, Spencer talked candidly about Starfield and why those at Xbox and Bethesda decided to push the game into the first half of 2023. Essentially, Spencer said that Xbox has shipped games too early in the past, which hasn't been beneficial for a number of parties. Not to mention, Starfield is a massive new property that those at Bethesda have poured a vast amount of time into, which means that Xbox wants to set it up best to succeed.

"In hindsight, when you look at a game like Starfield, it's taken so long and so much investment in new IP from the team. The decision to give the team the time to build the game that they feel they should be building is just the right thing to do," Spencer said of the game's delay. "There are financial implications to those decisions. Weighing what is going to happen, whether it's platform growth, subscriber growth, or frankly, the revenue that you generate when a new game launches, those are business decisions. You definitely have to weigh the outcome of those decisions."

Spencer went on to say that with both Starfield and Redfall (the latter of which was also delayed from 2022 to 2023), Xbox wants to ensure that it's getting off on the right foot when it comes to its acquisition of Bethesda. Although Xbox has owned Bethesda for a bit now, Starfield and Redfall are the first major games from the publisher that will be exclusive to Xbox platforms.

"For any game, but definitely for our games Starfield and Redfall — which are our first big Xbox games with ZeniMax coming into the team — I just wanted to make sure those teams felt they had all the support they could get from Xbox, and to maybe feel some of the benefit of being part of a larger organization that has other revenue streams and other helpful things going on," he said. "In the end, I believe the quality of the games will be better and customers will find the experience to be more interesting, which will hopefully feel like the right decision in hindsight."

Currently, Starfield doesn't have a launch date, but it's poised to release in an undetermined window in the first half of 2023. When the game does arrive, it will be playable across Xbox Series X, Xbox Series S, and PC platforms.

They certainly weren't the first, and they won't be the last