Blade & Soul developer has a new MMO coming out in 2024 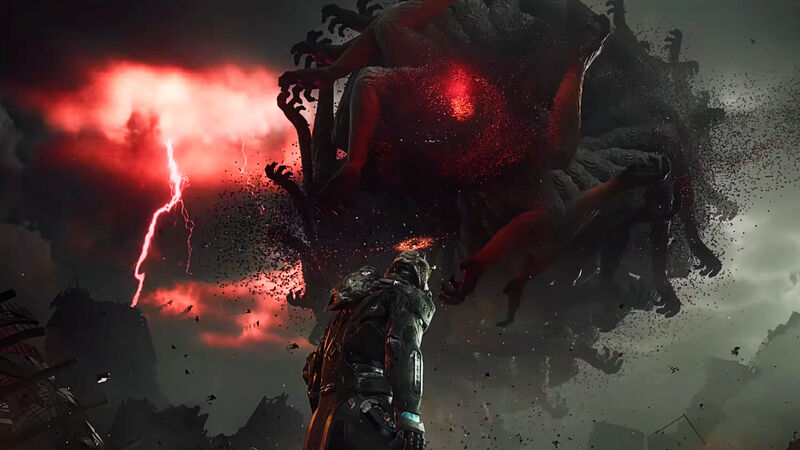 3.8
NCSoft is gearing up to release its next MMO. Currently titled Project LLL, the South Korean developer is touting it as an open-world third-person shooter set to release in 2024.

That release date is still a way out, but the developer has treated us to almost 10 minutes of gameplay footage in the meantime. It's an awful lot of runnin' and gunnin' swaddled in an industrial sci-fi blanket—or in the protagonist's case, a cloak. The first few minutes are very stealth-heavy as the main character saunters around dimly-lit concrete halls, tossing out a drone that scans the desolate building for enemies. They're eventually spotted and the cloak disintegrates, transitioning into traditional run-and-cover shooting.

It's all a little samey for the majority of its nine-minute run, though there are a couple of highlights. At one point the protagonist connects with a column-like statue, draining its light before it transforms into what appears to be a human hanging from the ceiling, a bomb strapped to its chest. The video's dialogue is in Korean which makes it tough to get a full grasp on what's happening, but our protag manages to leap out of the building and narrowly avoid the explosion. The end of the video shows off some mecha piloting, slowly plonking around grunts while firing missiles at vehicles.

The most intriguing part comes right at the end. After being ejected from the mecha by another powerful hunk of metal, all focus turns to gunning it down. It's successful and the mecha slumps before transforming into a terrifying cluster of spinning arms. The final few seconds have a wildly different vibe to the eightish minutes that precede it but are by far the most interesting.

In an interview with Gematsu, project lead Seeder Jaehyun Bae said that NCSoft wanted to "create a new genre that is completely different from the recently popular looter shooter or battle royale," drawing inspiration from media like Dune, Blade Runner, and Total Recall for its themes. Strangely for an MMO, Project LLL will apparently have a predefined cast, each with their own name, background and motivations.

It's an interesting enough concept, though I wonder if this is a project that will ever see the light of day. The gameplay demo is polished, albeit a little stuttery, but I feel like we've seen plenty of games announced this way that vanish into the aether soon thereafter.

Certainly a game I would want to play

I love mmos I wonder what will get them.