Assassin's Creed Valhalla Could Be Coming To Xbox Game Pass 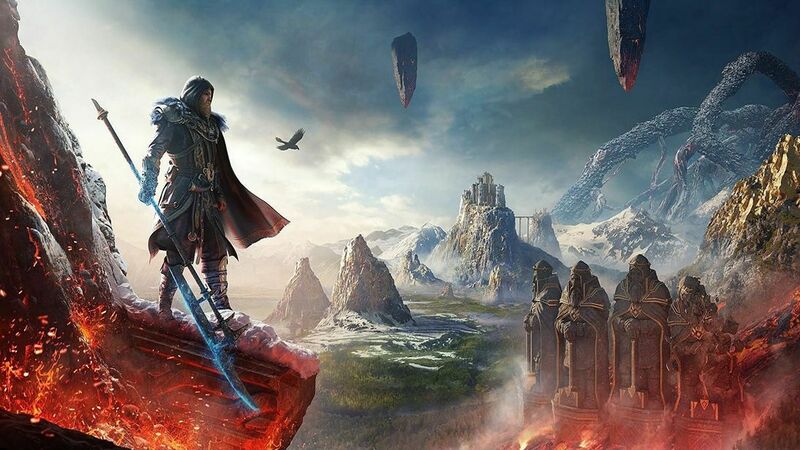 4.5
Xbox Store Poland might have leaked the incoming release of Assassin's Creed Valhalla on the Xbox Game Pass subscription service, according to a clue found by XGP.

The clue the Polish gaming outlet found was the Game Pass logo shown in the lower right corner of the Assassin's Creed Valhalla icon, but it quickly disappeared after the author of the article refreshed their page a few times.

Valhalla is actually getting closer to finalizing its second year of content and wrapping up the protagonist Eivor's story, as Ubisoft has announced The Last Chapter during its recent 2022 showcase, a free DLC that will tie up all loose ends and bring the story to a conclusion. It is feasible to think that the release of this final DLC will coincide with the release of the game on Game Pass to give fans the final polished version of the game.

This might not signify the end of support for Valhalla though, as the upcoming Assassin's Creed Infinity hub project will be connecting all the entries of the past and future in multiple ways. It is set to work just like the Animus plotline inside the games themselves, as an exploration device where players get to interact with DNA strands containing memories, and through these memories, they will gain access to previous and upcoming Assassin's Creed entries. It is not intended to be a reskinned launcher, but something beyond that, and it will evolve over time to make use of this newly connected universe in multiple meaningful ways.

Ubisoft has proven with Valhalla that it can rework its games to meet current trends and fit the stories into various molds. The Forgotten Saga, a free update released in August 2022 introduced roguelike dungeon elements to the series as a way to tell Odin's story and the challenges he faced in Niflheim. The Oskoreia Festival, which was being held for 20 days has just finished as well, and it brought many items, challenges, and rewards for players. So if Valhalla ends up joining Xbox Game Pass, Ubisoft might extend the rewards and updates roadmap even further for players, or at least keep them busy until the Infinity project comes to light.

(Leaked) Assassin's Creed: Valhalla was spotted by @XGP_pl on the Polish Xbox store as being a part of #XboxGamePass

Hope they actually do release it on game pass globally

That would be awesome. Always good when big games like that make it to the pass or psn plus.

that would be cool cause i would actually play it if it's on game pass..

Frog Oh that's great. I'd like to try this game. It has very good reviews and I haven't enjoyed an Assassin's Creed since 2009!

Maybe it's because I haven't played it since release but it was pretty good. AC origins > odyssey then Valhalla. All decent.

Oh that's great. I'd like to try this game. It has very good reviews and I haven't enjoyed an Assassin's Creed since 2009!