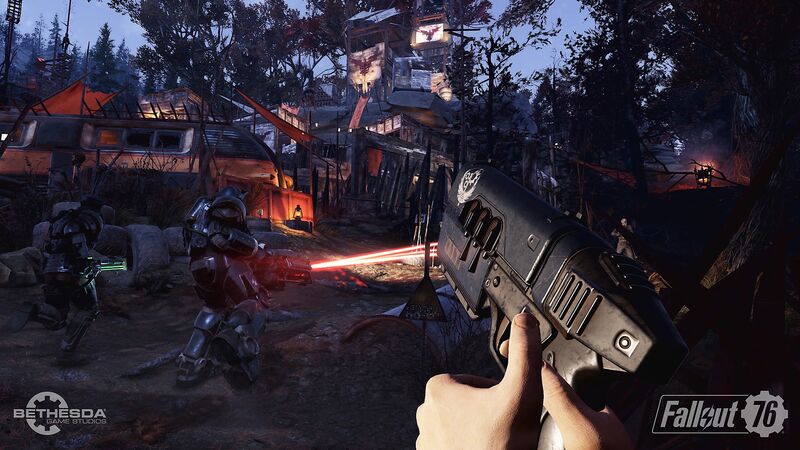 4.3
Fallout 76 players in possession of some weapon modifications they aren't supposed to have may soon find that they've lost those attachments now that Bethesda said it's looking into removing "illegal" weapon mods. The developer talked about the impending crackdown on illicit weaponry this week in the game's latest Inside the Vault post that detailed how this weapon mod removal will work and what the timeline for it looks like.

As Bethesda said in its Fallout 76 post, the goal with this move is to make sure the game's world stays "fair, fun, and inviting to all" which means leveling the playing field by taking away these unfair weapon mods. It's not something that'll affect every player (other than making sure they have a fairer experience when playing with others), but if own an illegal weapon mod now, it apparently won't be around much longer.

"In today's PTS update, we are implementing a system that will remove illegal mods attached to weapons that cannot be obtained in-game," Bethesda said. "Most players will not notice any change to their existing weapons, however, players who are in possession of a weapon with a mod that cannot be equipped naturally to the weapon may notice a damage decrease to the weapon, and the mod will no longer exist."

Over in the patch notes for the PTS update where these changes have now been applied, Bethesda specified that the weapons themselves that players own are safe – it's the weapon mods Bethesda is after.

"This is to ensure that every player is using and trading the same items and has the same advantages as everyone else," the patch notes said. "Most players will not notice any impact to their existing weapons. Weapons with these illegal mods will remain in the players inventory, but the mod itself will be destroyed."

Fallout 76's latest update addressing the illegal weapon mod situation is now live on the game's test servers where it'll be tried out there for a while before it's released in a live update. Bethesda has not yet given a date for when that live patch will be deployed.

Yea best to keep the weapons to a certain point, and let players earn on their level up for their weaponry

S7 Yes lets make it less fun for the people who have paid for the game!

It actually seems like a good move to me.

"the goal with this move is to make sure the game's world stays "fair, fun, and inviting to all" which means leveling the playing field by taking away these unfair weapon mods."

If the playing field is only fun for a small portion of the players, the majority of people will stop playing the game...

Yes lets make it less fun for the people who have paid for the game!

Never was a fan of the fallout games.