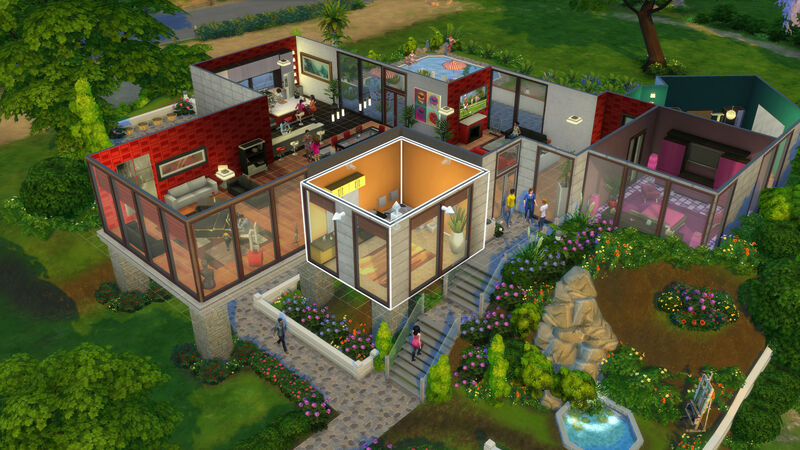 3.8
Screenshots from The Sims 5 have started leaking online and... it looks like The Sims! EA is hard at work on its next version of The Sims after a lengthy wait since The Sims 4. The game was a massive hit and made it easy for the publisher to milk it for tons and tons of expansion packs over many years. Very few people actually seemed to mind this as it was a very active game that managed to sustain one of EA's most powerful brands across all of its franchises. Still, some want to see what the next big leap for the series is. EA confirmed it's working on it and playtesting has reportedly been happening since October.

It seems some images from those playtests may have leaked as a Reddit user began posting images from The Sims 5. The user deleted their account, so we're not sure who actually posted them, but they basically show off some of the menus for decorating and some shots of a furnished home. It's nothing that's really going to blow your socks off, it's what you'd hope for from a new Sims game, but it does show the amount of detail. The rooms that are being created are quite dense, which could suggest you have a lot more freedom to design your home as you wish. As of right now, The Sims 5 has no release date and it sounds like it's still in the fairly early stages of development.


The Sims 5 is likely years away from releasing, but is expected to be playable on many devices including mobile. It's also expected to include things like multiplayer, something that fans have hoped for for quite some time. Hopefully, now that the game has been sort of revealed, EA will keep us in the loop with frequent updates on the game's development and open up playtests to get more feedback from fans.

They just made Sims 4 free, it's not too bad. I liked the original Sims though.

Played Sims 4 not so long ago, it was a pretty decent game
(haven't played any of the first three yet)

Runts Sims is trash idk why keeps them in business lol

Sims is trash idk why keeps them in business lol

ngl this looks pretty sweet wouldn't be opposed to playing it when it comes out!

This looks very interesting. I never could get into this but the wife loves these games. I will be interested to see how this plays when she gets it!

tried playing sims for Xbox achievements not at all enjoyable lol

My family loves the sims! This will be on our list.