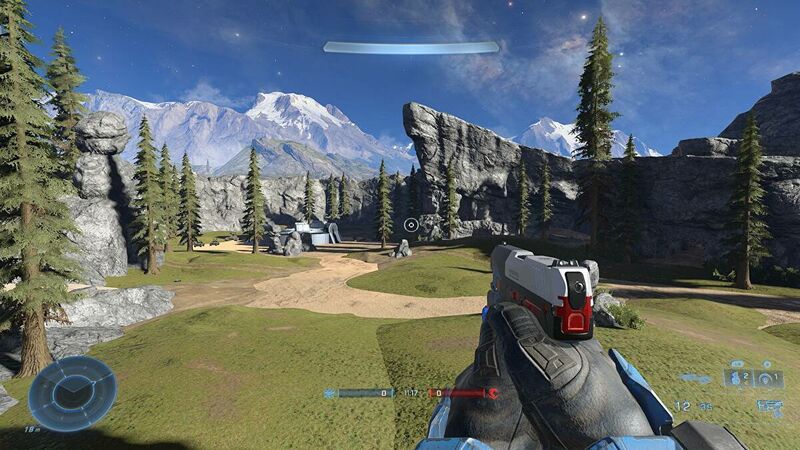 3.8
Halo Infinite multiplayer is graced, blessed, enriched with the addition of the classic Blood Gulch map from Combat Evolved and Halo 2, as the 343 Industries FPS game gets the official beta for Forge mode.

“You ever wonder why we’re here?” Those iconic, opening lines, from the very first episode of machinima series Red vs Blue, are just part of the storied Halo history of Blood Gulch, perhaps the greatest map the Bungie and later 343 shooter has ever received. As the Halo Infinite winter update arrives, bringing the new Forge beta (but also, weirdly, removing an important PvE mode) it’s little wonder Blood Gulch is one of the first creations to be built by Halo fans.

You can play Blood Gulch in Halo Infinite now, though if you go looking for it in the Forge menu, be aware it’s not named Blood Gulch, likely owing to the 343 language blocker picking up the word “blood” – the Halo Infinite version takes the Halo 2 name for the map, Coagulation.

Developed by Halo Infinite player Epsilon Church, you can also locate the map directly from its Waypoint page. Church explains that they are “still refining weapon spawns and player spawns,” meaning the map might be “a bit janky right now”. Nevertheless, with 130 ratings and over 2,000 plays, ‘Coagulation’ has a player rating of four out of five stars. The map is playable in capture the flag, team slayer and – as reported by Eurogamer – free-for-all and oddball modes. You can see some footage of Halo Infinite’s version of Blood Gulch, courtesy of YouTuber Doctor Fu, below.

But is our beloved Maze happy with it?

love the og maps glad they brought forge back i mean what's halo without forge mode?

It's cool to see some of this forge stuff they make