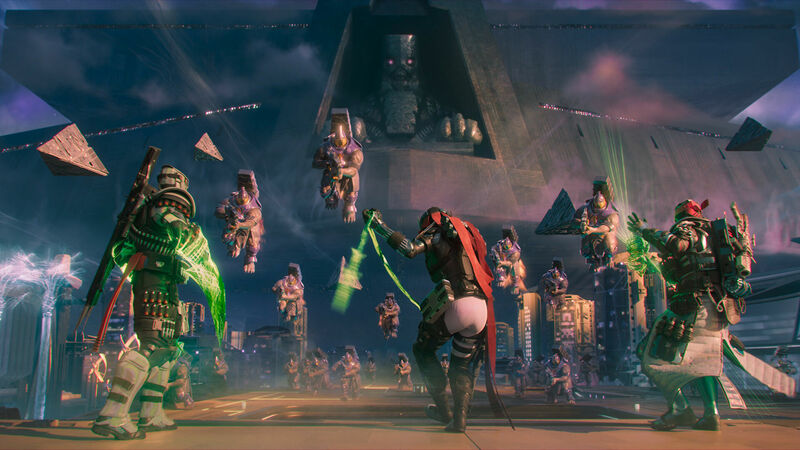 3.6
The Destiny 2 Steam player count is at the lowest since its launch, which could signify issues concerning the overall health of the popular FPS game.

YouTuber KackhisHD pointed out the issue in a video titled “Destiny 2 is in big trouble…” He then suggests a long list of reasons the game could be having trouble with player retention. According to Steamcharts, the game had an average of 60,854 players during the week of Oct. 31. That number is the lowest since the game’s launch in September 2017. The second-lowest player count took place in April 2020 before the launch of Season of the Worthy, when the game had an active Steam player count of 76,476.

By all accounts, an average player count of 60,000 is still healthy for most games. But, with a game as popular as Destiny 2, it still represents a steep decline from its all-time peak of 292,314.

Instead, he suggests the game’s limited seasonal content is a factor, noting that emphasis on the Arc, Solar, and Void 3.0 reworks, the introduction of weapon crafting, and seasonal activities meant developers had less time to work on in-game story and activity content.

In terms of the seasonal content, he suggests the game’s progression paths require players to grind the same activities repeatedly. He also notes that the weapon crafting system also makes it so that players no longer have to farm continuously for god rolls, which could impact retention. And finally, he notes that the game’s lack of content in PvP could also account for some of the issues, pointing out that Trials of Osiris player counts recently dropped to fewer than 200,000 players for the first time in 43 weeks.

Although it’s typical for Destiny 2 player counts to drop off near the end of a season, the scale of the decline makes this particularly notable. Regardless of the reasons, player attrition is often a telling sign that players are unhappy with the state of the game.

It’s also important to note that these numbers reflect only Steam player counts. It’s unclear whether player count dropoffs extend to players who play on the Epic Games launcher and console gamers.

While Destiny 2 is certainly in no danger of dying, Bungie may need to put more emphasis on diversifying its seasonal content and investing resources in the game’s PvP activities in the future.

It's time for the game to come to an end

never was a huge fan of destiny games they had a good idea but reminded me to much of halo..