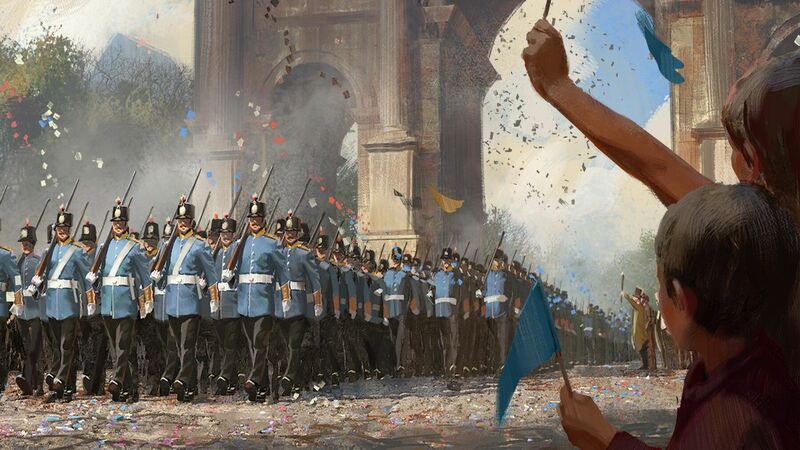 4.2
Paradox Interactive's most recent flagship release, Victoria 3, has received a hefty list of changes and improvements that are due to launch over the course of the next couple of patches and hotfixes. A grand strategy game that focuses primarily on the societal impact of scientific progress and world-changing discoveries of the late 19th and early 20th century, Victoria 3 certainly has large shoes to fill following its immediate predecessor, Victoria 2.

Though generally positively reviewed, Victoria 3 still seems to have a long way to go before it's a fully matured grand strategy experience. Fans have been voicing their concerns about the game's health and longevity since it was released in late October, and Paradox Interactive finally decided to chime in on this glut of feedback with a substantial new developer diary.

Paradox Interactive is known not only for its uniquely comprehensive grand strategy titles but also for its tendency to support them for years on end - both with new content and with substantial updates for old, outdated content. Crusader Kings 3's many expansive DLCs prove as much, and something similar will happen with Victoria 3 as well. The new developer blog just described a huge array of changes in regard to the game's warfare, diplomacy, and historical immersion. Examples include tweaks to the way AI handles various developing situations, as well as improving interactions in various contextually sensitive situations. 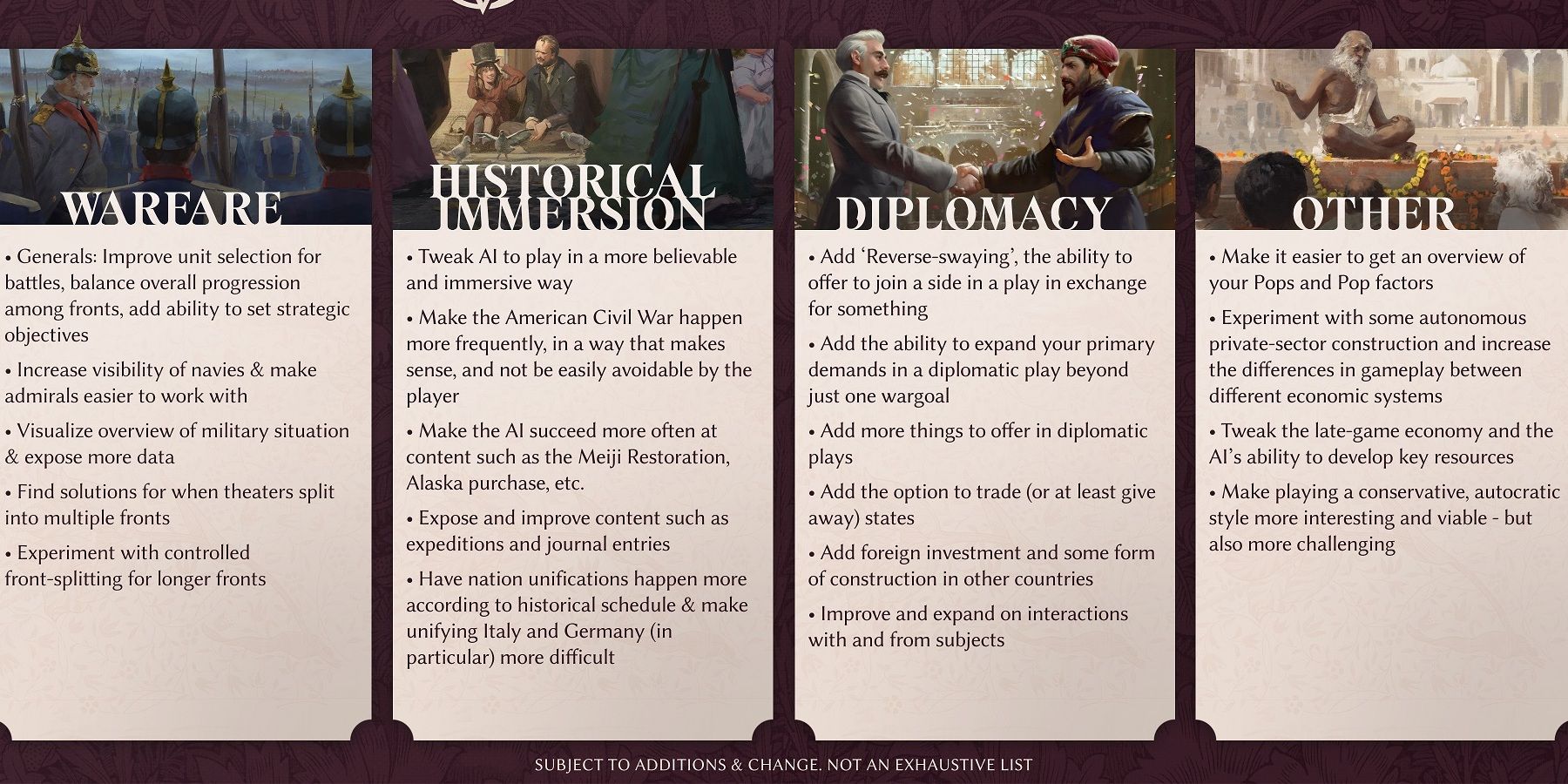 Now that Paradox Interactive canceled multiple unannounced games, its existing and ongoing properties are all the more important, and Victoria 3's unique focus on the economy and societal progress, rather than military clashes, makes it a particularly noteworthy highlight of the studio's roster. Paradox's Game Director Martin Anward said that the list of changes described in this new developer diary is "not even close to being an exhaustive list of everything [they] want to do." Expansion packs are certainly coming, too, explained Anward, but those aren't currently the priority for the developer.

Overall, the changes described in Paradox's new dev diary suggest that the developer is fairly in tune with its community's wishes. Even though it's going to take a while until all the described changes and fixes are in, the game should be a substantially better product in a few months' time, according to Anward. Newcomers to Victoria 3 should, therefore, have an even better time with it if they find some of its features are currently lacking.

Of course, there are many players that feel that Paradox Interactive should focus less on historical fiction, and more on entirely new fictional setpieces, instead. Paradox could make a great fantasy grand strategy title, for sure, but it would appear that the developer is most interested in making its historical titles as good as possible, rather than producing something entirely new.

Victoria 3 is available now on PC.

Sort of game I would'nt play

But there are others out there who would, and I'm sue they will love this

cool concept for a game never thought they'd make one like that !

Wow I could never imagine playing a game like this lol