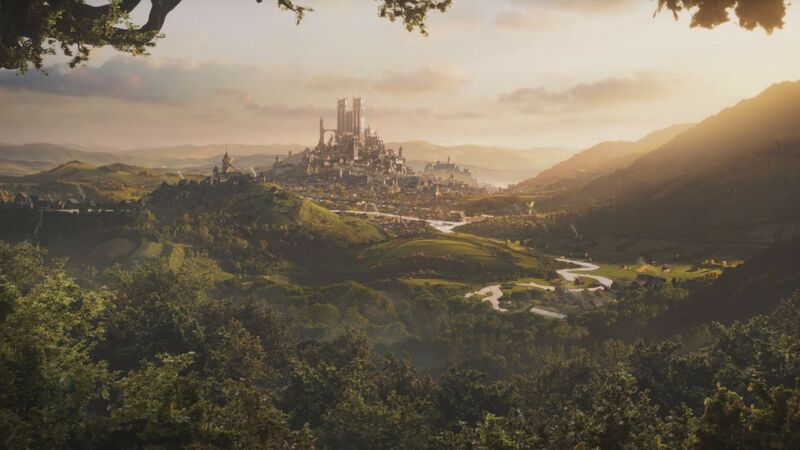 Walsh announced his new position at Playground Games on Twitter with fanfare from developers, colleagues, and Fable fans alike. He will be the senior writer for the new Fable reboot, contributing in the role he previously fulfilled for PlayStation's Horizon Forbidden West. Although Walsh is a new hire at Playground Games, the project will not be his first with the Fable series. Walsh previously served as the narrative lead for Fable Legends before the game was canceled on March 7, 2016.

Walsh is among the most prominent developer hirings for Playground Games in 2022. Over the past two years, Xbox and Playground Games have searched for talent willing to join the Fable development team including level designers, lead writers, and animators. Former Control writer Anna Megill joined Playground Games in 2020 and became the narrative lead for the new Fable reboot this past July. Megill will be working closely with Walsh to ensure Fable's writing is top-notch.

So, Albion has beckoned once again.

I'm delighted to announce that I've had the chance to join the wonderful team @WeArePlayground working on the new #Fable! pic.twitter.com/hCbSxNXw3K


Xbox and Playground Games did not share any new details about Fable since the development studio is still bringing in new talent. Fable's last notable appearance was the initial reveal during Xbox Games Showcase in 2020. However, Head of Xbox Game Studios Matt Booty discussed development of Fable this past September. Booty stated that Playground Games would not reveal any gameplay footage until the team was ready.

Walsh is excited to write about the world of Albion once more with the new Fable reboot, and Playground Games needed his expertise for crafting stories for major RPG titles. Further, Playground Games needed to bring in talent that was already familiar with the Fable series and fantastical settings, so Walsh is an excellent hire in that regard. If Playground Games decides to continue making RPGs in the future, Walsh should be available to lend his skills as well.

Fable provides a vital opportunity for Playground Games to show that the team can develop more than Forza Horizon titles. 2023 is on the horizon, and fans may begin to expect more information about the Fable reboot by late summer. E3 2023 appears to be the next possible window for a potential Fable appearance since Xbox will hold its annual showcase.

Fable is in development for PC and Xbox Series X|S.

Man that is awesome fable is a real classic !