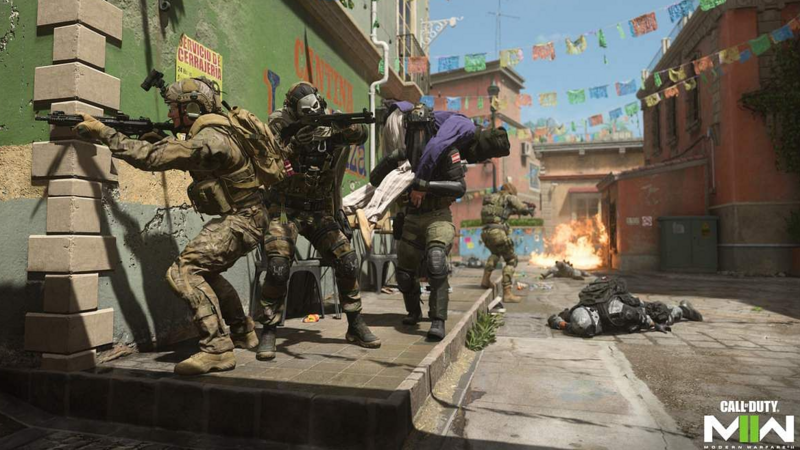 4
Call of Duty: Modern Warfare 2’s Amsterdam map features a hotel known as the Breenbergh. The equivalent real-life hotel, the Conservatorium, has spoken out against its quasi-inclusion in Modern Warfare 2 in Dutch local news.

In an interview with de Volkskrant (The People’s Paper), hotel manager Ray Tomassen spoke about the connection between the hotel and Modern Warfare 2. “We have taken note of the fact that the Conservatorium Hotel is undesirably the scene of the new Call of Duty” he began, “More generally, we don’t support games that seem to encourage the use of violence. The game in no way reflects our core values ​​and we regret our apparent and unwanted involvement” (via PCGamesN).

According to the translation by NL Times, the hotel is seeking legal action as “it was not consulted about [the] depiction.”

This isn’t the first map-related controversy that’s plagued Modern Warfare 2. The Formula 1 map that had been marketed prior to the game’s release briefly disappeared and returned under a new name. Originally called the Marina Bay Raceway, the name has been changed to the Crown Raceway. The map is heavily inspired by the Marina Bay Street Circuit, home to F1’s Singapore Grand Prix.

More severe still, the Valderas Museum map seems to have been completely removed since its inclusion in the game’s beta. This map appeared to have been based on the Getty Museum in Los Angeles which may have caused legal issues for Activision and Infinity Ward. Mind you, this is all unconfirmed. As yet, there is no official reason for the removal of the Valderas Museum map.

It remains to be seen whether the comments from the Conservatorium Hotel will have any effect on Modern Warfare 2 or its Amsterdam map.

Just remove the Hotels from the maps, we don't care about them

Favela returns will be good

One would think they'd be wary of running into such issues after all this time...

So what are we going to lose half our maps then ?? We already barely have any smh