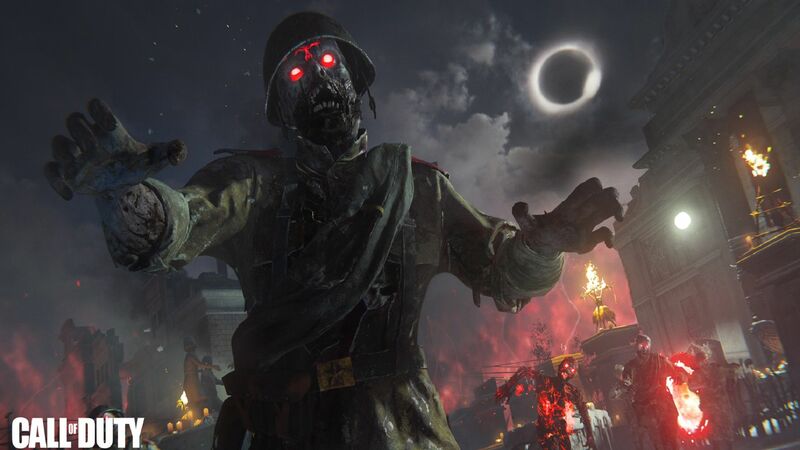 4.7
A dataminer, known as cod_sploitzimgz on Twitter, uploaded images, that supposedly contained references to a Zombies mode, within the game files of the upcoming Call of Duty: Modern Warfare 2, displaying terms such as "Round Based Zombies" and "Outbreak." As reported by Insider Gaming, these images were pulled down due to a copyright claim by Activision, which virtually confirms that the files are real, though it doesn't necessarily mean that the mode's presence is a sure thing.

Insider Gaming aptly points out that these could simply be extraneous bits of code that were left in inadvertently and were taken down by Activision to temper fan expectations. The mode's inclusion, however, would make sense given recent reports about the future of the Call of Duty franchise. As first relayed by Bloomberg, Call of Duty may skip 2023, meaning it might not release a mainline entry in the series that year, which would be the first time that's happened since 2004, the year after the original title launched.

According to Bloomberg, this change was due to 2021's Call of Duty: Vanguard, which apparently "failed to meet expectations." Were the report to be true, it's reasonable for Activision to want to develop as much content as possible for this year's Modern Warfare 2, since it's going to have a two-year lifespan instead of the usual one. It's likely Zombies will not be available when the game launches, especially given how close we are to release, but it could be part of Modern Warfare 2's content roadmap that may lead into 2024.

Modern Warfare 2 is looking to be one of the most content-packed titles in the series already, with a full-fledged campaign, a revamped Spec Ops mode, the DMZ extraction mode, and Warzone 2.0. This potential Zombies mode would further add onto that. This wouldn't be the first time studio Infinity Ward has tackled zombies in Call of Duty. Though mostly handled by Treyarch in its Black Ops subseries, Infinity Ward did develop its own iteration of zombies in 2016's Infinite Warfare.

For 2019's Modern Warfare, however, it skipped out on it, but it could be that the franchise's potential absence from 2023 could have motivated its inclusion so that players didn't have to go that long without the fan-favorite mode. Demand could also be further exacerbated by the fact that Call of Duty: Vanguard's Zombies mode was widely regarded as a downgrade from the ones in Treyarch games, due to how simplified it was.

only thing is that it's not a black ops game so can't really believe it'll be any good..

I can't imagine them pulling them off. But why not give it a go?
It's proven to be very successful and if they can, the payoff would be astronomical!

Absolutely not. Can't imagine anything worse than a IW zombies.

yeah i don't see it it being good