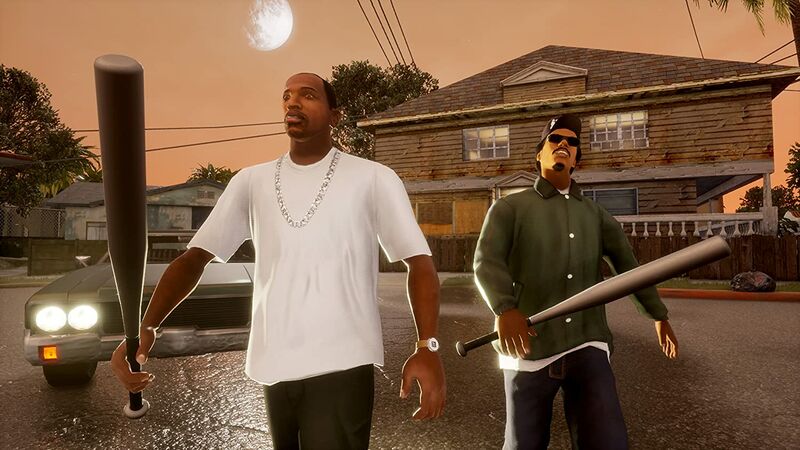 3.5
GTA: Definitive Edition has received a sudden update that seems to address a variety of performance issues in the remakes of GTA 3, Vice City, and San Andreas, but the Rockstar sandbox game also seems to have undergone a mystery and potentially telling change within its codebase.

The update for GTA: Definitive Edition appeared on October 18 with Rockstar’s official site simply noting that it introduced “stability improvements across all three titles on all platforms.” GTA players have observed a variety of improvements in the level of detail in building textures, as well as other ambient effects like lights on buildings appearing more vividly and brightly. Some performance issues seem to persist, however, like problems with collision detection in Vice City and missing vegetation details in San Andreas.

More interesting, however, is a line, or rather series of lines, in the update’s codebase. Previously, code in GTA: Definitive Edition used the prefix or path “3master”, a name ostensibly used by developers at Grove Street Games to designate that a line of code belonged to Definitive Edition. In the October 18 update, this designation has been completely removed, and replaced with a new one: “zephyr”.

Potentially this could indicate that Grove Street Games has started using a new codebase path for updates to GTA: Definitive Edition. It could also indicate that the code has changed hands, and is now being written and edited by different developers either within or without Grove Street Games. Exactly what this may mean for Definitive Edition in the future remains to be seen, especially when Rockstar Games certainly seems to have its metaphorical hands full when it comes to the crime sandbox’s next instalment.

Speaking of which, there’s plenty of news and rumours regarding that precious GTA 6 release date. You might also want to try out some of the best GTA 5 mods, to keep Los Santos feeling fresh, or maybe some great GTA RP servers, if you’re tired of playing the criminal all the time and want a change of lifestyle.

Updates should always tell you what has been changed/amended etc