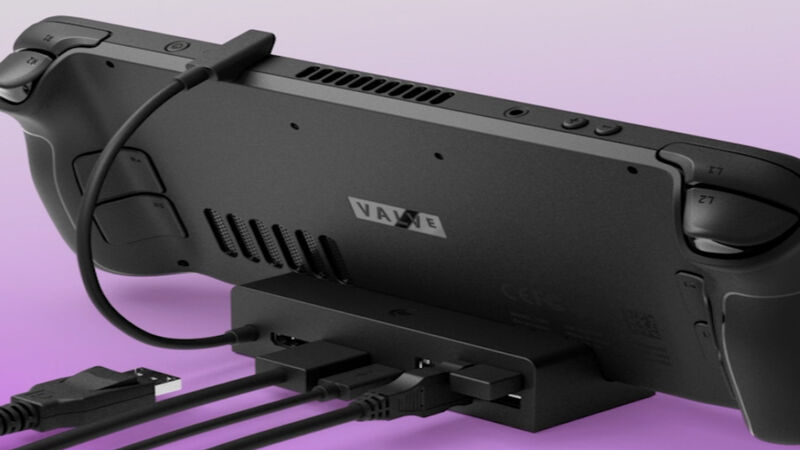 Valve wrote that the team is "actively working on these bugs, and we'll be shipping software and firmware updates soon." However, Valve did not elaborate on how soon "soon" is. Steam Deck users have been reporting problems with MST and FreeSync on the DeckSupport Reddit(opens in new tab) for a few days now, though it's difficult to see how widespread those problems are. But they must be significant enough for Valve to announce that a fix is on the way.

MST (or multi-stream transport) enables multi-monitor support on the Deck Docking Station, which requires two external monitors to be connected via HDMI and DisplayPort. FreeSync is AMD's adaptive synchronization tech (similar to Nvidia's G-Sync) that helps eliminate screen tearing and stuttering on an external monitor.

Valve has even updated the official Steam dock product page to say that FreeSync support is in progress and that the update for it and MST is "forthcoming."

"Valve is working on fixes for the Steam Deck dock's FreeSync issues" :: Login/Create an Account :: 3 comments

The docking station is a must, so let's hope the the fixes are fixed

Runts At least they are on top of their stuff !


All your news comments make my head throb :/

At least they are on top of their stuff !