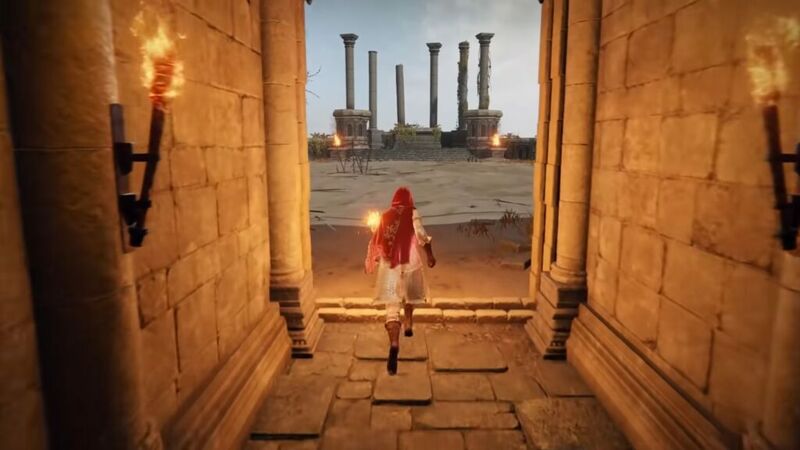 3.8
Elden Ring files uncovered from a recent update have fueled speculation that the game’s first expansion could heavily feature the game’s mysterious arenas.

Earlier this year we reported that a dataminer had managed to use a mod to peek inside the walls of the huge locked colosseums in Elden Ring.

Now it appears that the game’s latest update has included new map files, assets and textures associated with this area, further pointing to it being a key location in upcoming content.

A Souls modder names Sekiro Dubi even managed to access one of these colosseums earlier in the year, revealing a Site of Grace, the in-game respawn points, further pointing to the location as somewhere that players were, or are planned to be able to explore.

- New hair for DLC
- new map files from audio banks m20, and m45 (no more info on this)
- new Colosseum map files, assets, textures. Textures don't work due to lack of DLC files
- Lots of subtle map changes, like at most divine towers


New hair has also been found in the files, however, it’s unclear if this will be available as a cosmetic option for players, or it’s for use by an NPC in the expansion.

These files were found in the same update which also laid the groundwork for a potential ray tracing support.

From Software has yet to officially announce plans for Elden Ring DLC, but expansions are all but confirmed following the game’s blockbuster success.

The critically acclaimed and award-winning title was released on February 25 and had shipped 13.4 million units worldwide by the end of March, according to Bandai Namco.

Haven't played the main game yet, but would be cool for it to have a expansion

One of the only games I truly love the look of but never bought. Is this evidence of future expansions or unused assets?

I can't get into really long games like this one