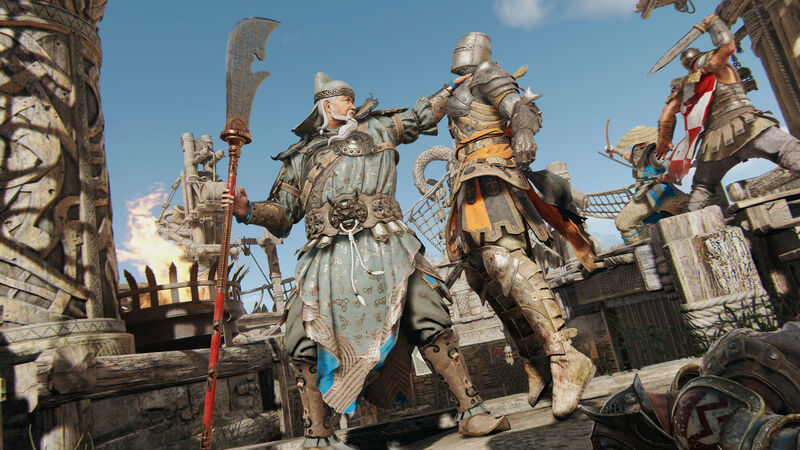 3.5
Ubisoft has announced a new Halloween-themed event for For Honor. Titled Web of the Jorogumo, the event will start on October 20, and will be available until November 10.

Alongside the announcement of the event, Ubisoft has also announced that it has completed work on bringing cross-platform multiplayer to For Honor. This allows players across platforms to play together through their Ubisoft Connect accounts.

The Web of the Jorogumo event brings with it a four-player PVE game mode. Players play through a map that is a variation of Market Town, working together to escort Meiko, capture points, fight against possessed saurai, and fight through Jorogumo’s sticky webs.

The event is also bring with it a new Kensei Hero Skin, Yokai Slayer Meiko, which will be available on the day the event goes live.

Taking part in the event rewards players with the chance to win an Effect, a Battle Outfit, and ornaments. There will also be new Halloween-themed items in the in-game store, including Executions, Outfits, and a Paired Emote.

Great idea to have this cross-play at halloween

I love halloween events and christmas ones for gaming

nice addition to add cross play worth checking out now