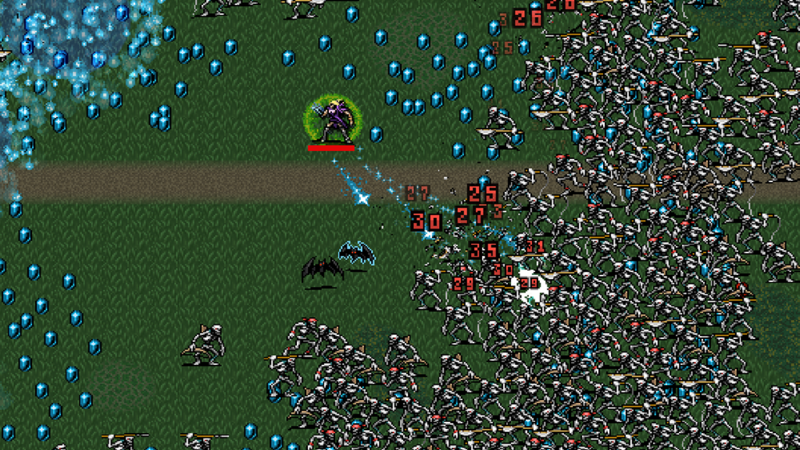 4
Vampire Survivors, the most popular game on the Steam Deck and a hit on Steam itself, is getting a new mode. Developer poncle shared the first details on this new experience this week and called it the "Inverse" mode which will be accessible via a new relic set to be added whenever the game exits early access and gets its 1.0 release. The developer said this Inverse Mode will be a "proper hard mode," and from the way it's been described, that sounds true.

The Inverse Mode will be available thanks to the Gracia's Mirror relic that'll be added in the same update. By using that and participating in the Inverse Mode, you'll find, among other things, that the stages have all been flipped upside down which should prove challenging for those who've mastered the ins and outs of Vampire Survivors thus far.

Upside-down stages are just part of the trick, however, as poncle described other changes in effect.

"It's not only a visual novelty though, as it also boosts Gold gains and Enemy Health by 200%," the developer said. "On top of that, enemies also grow stronger over time, making this a proper hard mode. This makes a place like the Inverted Bone Zone an absolute nightmare."

Fancy playing stages in Inverse Mode?
The stages you know, but ndsᴉpǝ poʍu 🙃 with enemies that grow stronger over time! 😳

We dare you to play inverse mode in the Bone Zone! 🦴#poncle #indiegames #spoilers pic.twitter.com/lvVtIBxA3c


It's not all just difficulty enhancements, however. Along with the extra gold gains, the merchant will offer an "expanded inventory" among other boons.

"To make up for the huge spike in difficulty, the merchant will have an expanded inventory and will be happy to sell you additional Skips, Banishes, Rerolls, and an extra ARCANA," the developer continued. "Buying it will increase the maximum amount of Arcanas you can carry by one."

That amounts to quite a few interesting modifiers, but if you're not big on the upside-down effect, that might be a turnoff from what would otherwise be an intriguing mode. The developer has thought ahead in that regard, it seems, and will also allow players to turn off the upside-down visuals so that you can just enjoy the hard mode by itself.

These type of games are hard and crazy to play

Glad they're adding more stuff to it

I need to play this game! it looks pretty fun :)

Great article! Never seen this game before but looks like it's worth a try!