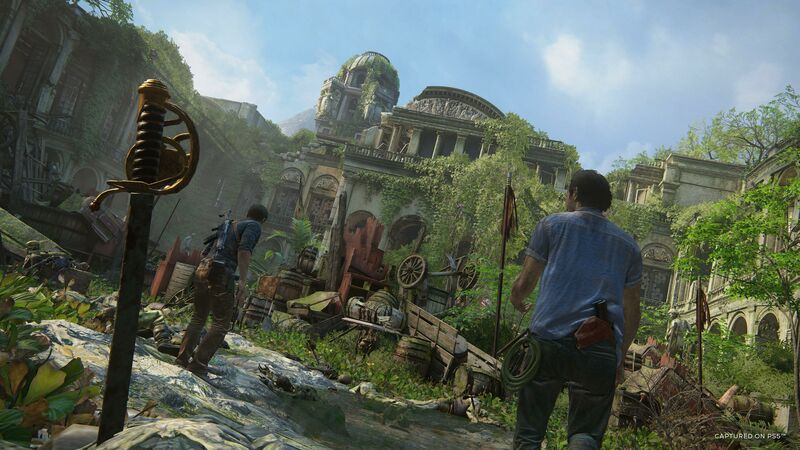 4.3
One of the biggest PlayStation franchises is now coming to Steam Deck. Over the last few years, PlayStation has been trying to expand its offerings for quite some time now by pushing titles to the PC. Many of these are older games that have already gotten the majority of their sales on PlayStation and been on the market for several years. This strategy allows PlayStation to release the game again and use all of the good word of mouth from the console release to lure in a new audience on PC. It's particularly smart when the game has an upcoming sequel so it can push the PC players to buy a PlayStation to find out what happens next in that particular story.

With the recent release of the Steam Deck, there's an even wider audience allotted to these PlayStation ports. It has been confirmed that the upcoming Uncharted: Legacy of Thieves Collection is verified for Steam Deck. This means that the game is optimized and has been tested to run on Steam Deck, something that's not guaranteed with every Steam Deck game. Many Steam Deck games are "playable", though they may have various issues that can create a lesser experience. However, it seems like PlayStation is trying to capture the Steam Deck audience as all of its ports have been verified for Steam Deck thus far. Marvel's Spider-Man ran amazing on Steam Deck and while it doesn't have the visual fidelity that the proper PC version does, it's still a solid way to experience the beloved superhero game.


Uncharted: Legacy of Thieves is already available on PlayStation 5 and is a remastered collection of Uncharted 4 and Uncharted: The Lost Legacy. For those who played the game on PS4, it's not exactly the most mind blowing remaster, but for those who have never played the games, this PC version will likely be a great way to experience of the game. And if you want to take the cinematic action games on the go, Steam Deck will be up to the task. If you don't already have a Steam Deck, Valve has dropped the reservation requirement and you can get it shipped in less than 2 weeks so long as there's stock.

Great to this Uncharted Duo getting released on the Steam Deck