Star Citizen To Get A Skill System In Future 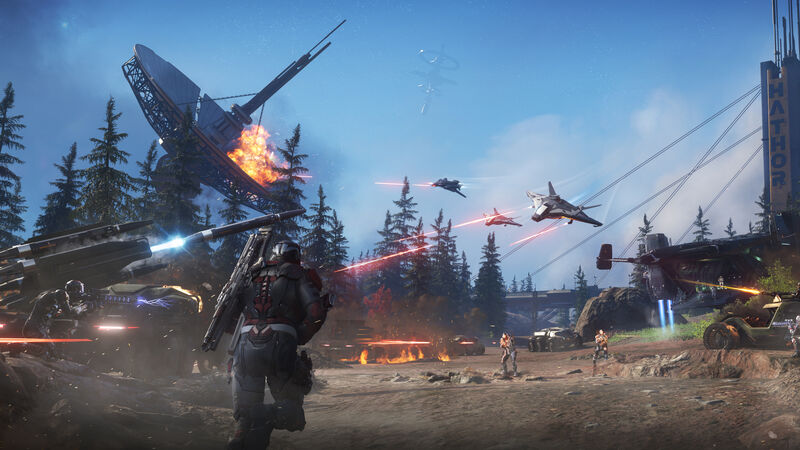 3.6
If you are a Star Citizen player, then you already know that despite some character factors that exist in the game at the moment, there are no particular ways to make your character stronger in certain areas. This is an already identified issue by Cloud Imperium Games, and the solution is currently under development for Squadron 42.

During yesterday's CitizenCon 2952, Chris Roberts revealed that the team behind Squadron 42 is designing a new Skill system that will allow players to spend time and effort in certain activities to strengthen their character in those areas. According to the developers, the skill system has two major branches: Physical Attributes and Techniques. The former is divided into four major categories, including Strength, Agility, Endurance, and Fitness. Improving these physical attributes will allow your character to have superiority in certain areas. For example, having a higher Strength rate will allow you to carry more items than before as you are strong enough to move flawlessly with a heavier load. On the other hand, a player with a higher level of Endurance will have better resistance against environmental hazards such as a high-temperature or low-temperature planet, or the player will stay alive longer when injured.

Agility will improve your reactions. For example, your character will be able to switch weapons faster or go to the ADS mode faster when it has a high rate of Agility. Finally, there is Fitness, which will impact on how long you can do an activity like sprinting or swimming. So, a character with a higher Fitness rate can sprint much longer than a normal player.

Moving to Techniques, they are certain actions that you can master by doing them over and over again. The developers give the example of Takedowns for Techniques. So, the first time you do a takedown, it will not be a clean one. But the more you do it, the better you become at it. Even the character animation for performing takedowns improves as you master the technique. There will be many techniques in the game and not all of them are necessarily combat related.

The skill system is currently in development for Squadron 42, but it will also be available in Star Citizen when it's ready.

"Star Citizen To Get A Skill System In Future" :: Login/Create an Account :: 2 comments

Would be great for the players getting the Skill feature,
it certainly is a must for a game like this

That will be cool for the players i guess