Phasmophobia Gets Massive Update With New Locations and Features 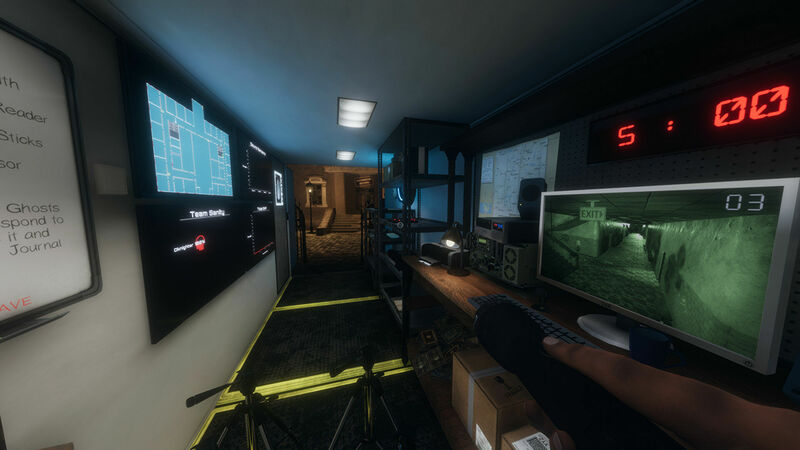 4.2
Phasmophobia: Apocalypse is a new content update coming to the game as soon as this Tuesday, delivering some new features to the game as well as new locations and new horrifying facts to discover.

The Apocalypse update is set to be launched on September 27 at 4 am PT/7 am ET/11 am UTC/12 pm BST/1 pm CEST/9 pm JST/10 pm AEST. While the full list of new content, changes, improvements, and bug fixes will be shared with the official patch notes when the update launches, the official trailer for Apocalypse already reveals some new content and features coming to the game.

Most importantly, the Apocalypse update adds Sunny Meadows Mental Institution as a new map to the game. The trailer above provides a glimpse of the map, which does seem as horrifying as previous maps in the game. Also, you can expect Sunny Meadows-Restricted, which is a compact map that includes 5 smaller maps. More details on this will be provided when the update is available. Moreover, the new update introduces Camp Woodwind, which is a smaller variant of the campsite.

In the case of gameplay changes, you can expect the addition of Custom Difficulty, allowing players to create their own game by changing all the important gameplay parameters and rules. This system will allow you to adjust a wide variety of controllers such as Starting Sanity, Sanity Drain Speed, Sprinting, Flashlights, and much more. Custom Difficulty is going to make the game a great place for both hardcore players and newcomers.

In addition to the above, you can expect tons of improvements in other areas. As the trailer reveals, the Apocalypse update adds a new main menu, a new lobby room, a new shop, a new fuse box, and some new interactable items to the game. Furthermore, you can expect more Ghost Adjustments as well as the addition of new collectibles, equipment loadouts, and ID Cards. Last but not least, the new update introduces a Report System as well as a Player Stats panel.

"Phasmophobia Gets Massive Update With New Locations and Features" :: Login/Create an Account :: 3 comments

Certainly will keep the game interesting to play

That's great that they're still adding new locations and features.