Ubisoft Delays Skull And Bones Until 2023 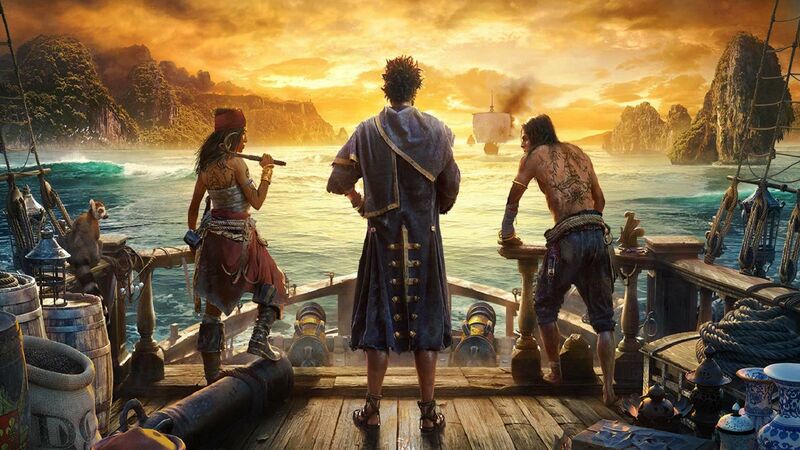 4.1
As per an official news post on Ubisoft's website, Skull and Bones has been delayed yet again, though at least this time they provide a firm future release date. The game will now launch March 9, 2023. The news post is short and doesn't provide much tangible information outside what we've come to expect from delay announcements. "Our team is hard at work polishing and balancing the experience," says Ubisoft. "To give you the best possible experience we’ve decided to take a little more time to make sure we can deliver exactly that."

Skull and Bones was originally revealed in 2017 and was set to be a multiplayer-focused game based around the highly popular naval combat that originated in the Assassin's Creed series. The game was delayed several times without ever providing a firm date. It laid low for a couple of years, not making appearances in any press conferences, and many were concerned that it had been internally canceled without announcement. In 2020, Ubisoft confirmed that development for Skull and Bones was still underway and that it had been revamped with a "new vision." Finally, on July 7 of this year, a full re-reveal showcase took place that had the game slated to release on November 8.

Ubisoft stated simply that they needed more time, but it's also possible that other factors could have contributed to this delay. November 2022 is currently a staggeringly busy month, with Sonic Frontiers releasing on the 8th and God of War Ragnarok on the 9th. Furthermore, Pokemon Scarlet and Violet drop on the 15th followed by Call of Duty's Warzone sequel on the 16th. A motivating factor to go through with the delay could have been to distance themselves from a timeframe where gamers' attention would be so divided.

Another possibility is that the reveal received a decent amount of criticism, partly because of the lack of grounded combat with swords or guns. The July showcase only confirmed ship combat; even roping in an enemy's ship to board it just resulted in a short cutscene. However, it's unlikely that a four-month period will be enough to add a whole new gameplay system like grounded combat.

One thing the news post did tell us is that Skull and Bones will receive an open beta, although no specific timeframes were given beyond the statement that it's coming "in the near future." Ubisoft wrote, "We’ll share more news on how you can sign up to register soon, so keep your spyglasses trained on our social media for more news and announcements."

"Ubisoft Delays Skull And Bones Until 2023" :: Login/Create an Account :: 5 comments

delay after delay is certainly a trend nowadays

Ah didn't think it would get delayed again.

Kind of a good idea from what I've heard, sounds utterly bismal

sounds like a better version of sea of thief's

yeah all these games are getting delayed