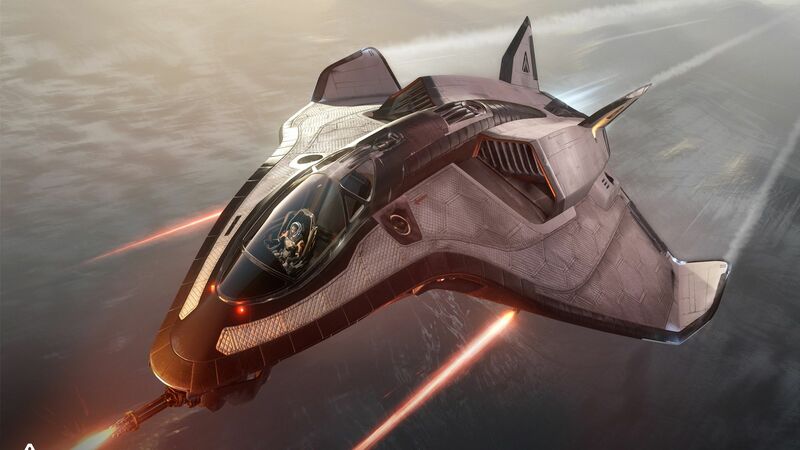 4.3
Star Citizen is already the most successful crowdfunded video game ever in history, but gamers don't stop supporting this gigantic project as the crowdfunding program has recently surpassed half a billion dollar.

There is no doubt that Star Citizen is truly a one of a kind gaming project both in scale and in the amount of budget that has been spent on its development. Divided into two different projects, currently the developers are working on Squadron 42 as the story-driven single-player part of the game as well as Star Citizen PU, which is the MMO section of the game.

Although the game has now gained over $500 million development budget it is still far from a full release. Star Citizen PU is still in the Alpha phase, while Squadron 42 has not even received a demo so far.

That being said, one of the developers behind PU recently revealed in an interview that nearly two third of the development team at Cloud Imperium Games are working on Squadron 42, which could probably mean CIG is determined to deliver the story-driven part as soon as possible.

The interesting part about the crowdfunding process of Star Citizen is the fact that the game has managed to gain over $100 million from backers in less than a year. Star Citizen's crowdfunding program reached $400 million back in November 2021. This means that the game has gained 20% of its overall budget in last 10 months despite receiving donations from backers since 2012, which obviously shows the increasing popularity of Star Citizen among gamers.

In addition to public crowdfunding program, Cloud Imperium Games has also received significant budget from a few third-party companies as investment, but still, the game is nowhere close to a full launch.

Currently, CIG is preparing the game for the launch of Alpha 3.18 which is expected to arrive later this year. According to the development plans, the game is supposed to receive its second star system "Pyro" with Alpha 4.0, which doesn't seem to be close at all.

That being said, Star Citizen has a significantly strong community who believe in the game and the developers, but it remains what will happen for the game in the future and how far the crowdfunding program could reach. Over 4 million players have backed Star Citizen so far, which sounds outstanding.

Just hope after all that amount, the devs can make this game great asf