Embracer CEO "Hoped For A Greater Reception" To Saints Row 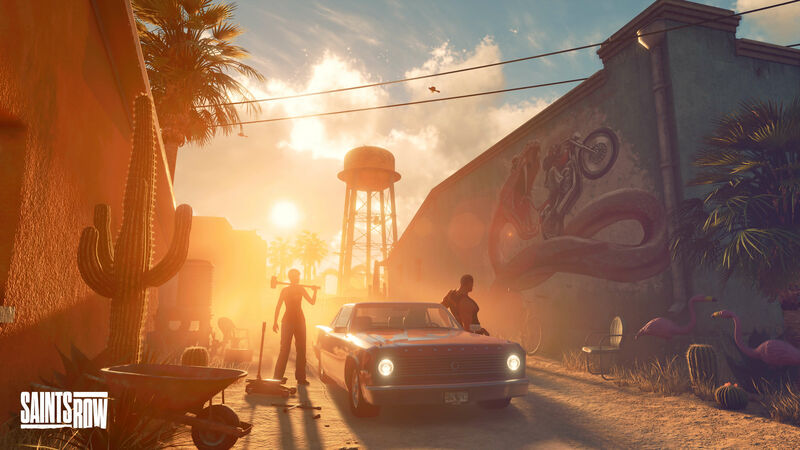 5
Saints Row got off to a bit of a rough start. Reviews were tepid, criticism abounded for the game's story, open world, repetitive mission design, and the bugs! Crashes, visual glitches, lost save progress, sound cutting in and out, and all manner of issues were reported. This all came after Volition had already delayed the game six months and amidst troubling reports that it was still building its development tools just before the game's August launch date.

All this controversy has not gone unnoticed by Embracer, Volition's parent company. Speaking to investors today, Embracer CEO Lars Wingefors said he "had hoped for a greater reception of the game."

"There is a lot of things that could be said and details around it," said Wingefors (as documented by Axios' Stephen Totillo). "I’m happy to see a lot of gamers and fans happy. At the same time I’m a bit sad to see also fans not happy. It’s difficult. I think we need to wait until the quarterly report in November to have more details."

QUOTE: Embracer CEO Lars Wingefors talking today to investors about new Saints Row. He was bullish on it pre-release.

"Personally I had hoped for a greater reception of the game. It’s been a very polarized view...


Wingefors said he remains "confident" that Saints Row "will make money on the investment," but cautioned investors that the return on investment isn't likely to be as high as other Embracer titles. "But we will make money and that’s a good starting point," he added, also noting that Saints Row will receive more bug fixes and even additional content in the near term.

When asked about the potential future of Saints Row, Wingefors said he had "great trust" in Volition and was "sure they will recommend things for the future."

Volition is at least making good on its promise to fix Saints Row's technical issues, with a patch released earlier this month fixing a number of bugs and glitches. Volition has previously stated that it will focus on ensuring Saints Row is technically sound before releasing additional content.

After the 3rd one, it went down hill

Runts Yeah not saints row just ain't it. The first 2 we're classics but down hill after that.


Saints row 1 and 2 was the perfect balence of the competitor to GTA. GTA Was the serious, while SR had the whacky gameplay but was still fun and compelling, even the story. Sr3 was decent but after that it was a shit show

Yeah not saints row just ain't it. The first 2 we're classics but down hill after that.