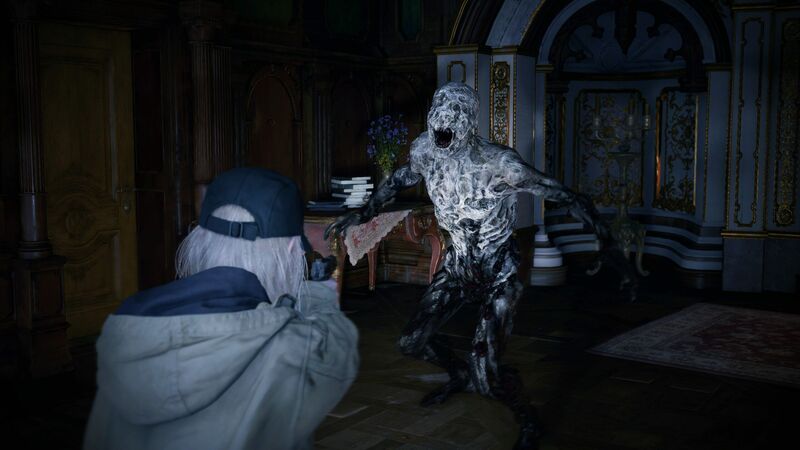 The mainline series has focussed on the trials and tribulations of the Winters family since Resident Evil 7(opens in new tab), which saw protagonist Ethan Winters searching for his missing girlfriend Mia in the swampy bayous of Louisiana. Village continued the family's story in Eastern Europe, with Ethan on the trail of his newborn daughter Rose, who is kidnapped during the game's introduction.

The Shadows of Rose story, which forms part of the larger Winters' Expansion, takes place decades after the events of Resi Village, revolving around a grown-up Rose. Presumably, Resident Evil 9 (or whatever it ends up being called) will either introduce new characters or return focus to one of the series' more familiar faces.

Alongside the DLC's new story, Kinoshita also discussed the DLC's planned third-person mode, stating Capcom wanted to make something "as good or better" than the third-person perspective in the recent remakes of Resi 2(opens in new tab) and 3(opens in new tab). "Compared to the previous games in the series, Resident Evil Village has an exceptionally larger variety of player actions. You can guard, you can move while crouching, and there is a lot of examining objects. We made thorough adjustments to ensure that those unique animations would look completely connected."

The Shadows of Rose DLC will emerge from the gloom on October 28. If a new story and a third-person mode aren't enough to grab your attention, you might be interested to know that it also adds a playable Lady Dimitrescu(opens in new tab) to the game's Mercenaries mode.

This is the most trash game franchise easily lol