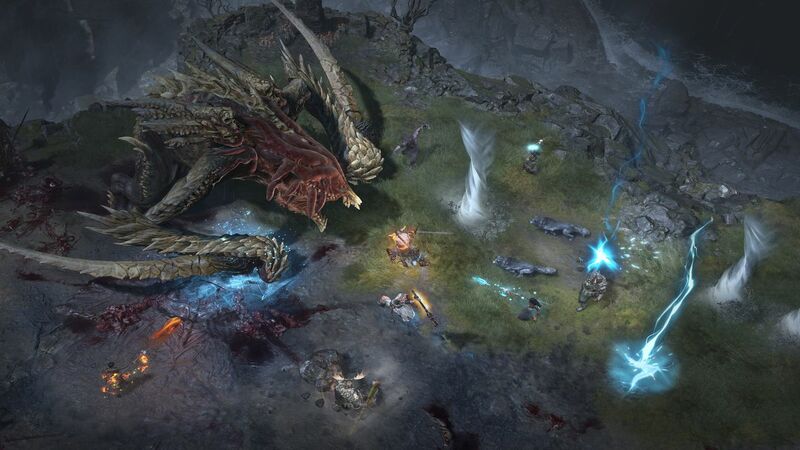 3
Nearly an hour of gameplay footage from Diablo IV has surfaced online. In case you somehow missed it, there appears to be an early version of the upcoming sequel video game from Blizzard Entertainment in testing currently, and while leaks have come out of it previously, this seems to mark the most significant one so far. Given that Grand Theft Auto 6 also saw a huge leak this weekend, something just seems to be in the internet air, so to speak.

The Diablo IV test gameplay footage was spotted and shared to Reddit yesterday and includes a grand total of 43 minutes of gameplay from the in-testing title across two clips. While obviously not necessarily indicative of the final product, it is certainly one of the best looks yet at what players might be able to expect from the title when it releases for the PlayStation 5, PlayStation 4, Xbox Series X|S, Xbox One, and PC next year.

While perhaps unclear exactly when the footage was filmed, it's definitely from a test build of the video game. Watermarks labeled "PRIVATE TEST BUILD" with a specific string of numbers coat the screen, which should make it fairly easy for Blizzard Entertainment to track down who, exactly, was playing when it was recorded. It also seems to stem from someone playing through Discord for others as notifications and some chatter can be heard within.

"The endless battle between the High Heavens and the Burning Hells rages on as chaos threatens to consume Sanctuary," an official description of Diablo IV reads. "With ceaseless demons to slaughter, countless Abilities to master, nightmarish Dungeons, and Legendary loot, this vast, open world brings the promise of adventure and devastation. Survive and conquer darkness – or succumb to the shadows."

Another one getting leaked. so what?

yeah yeah everything is getting leaked for gaming anymore