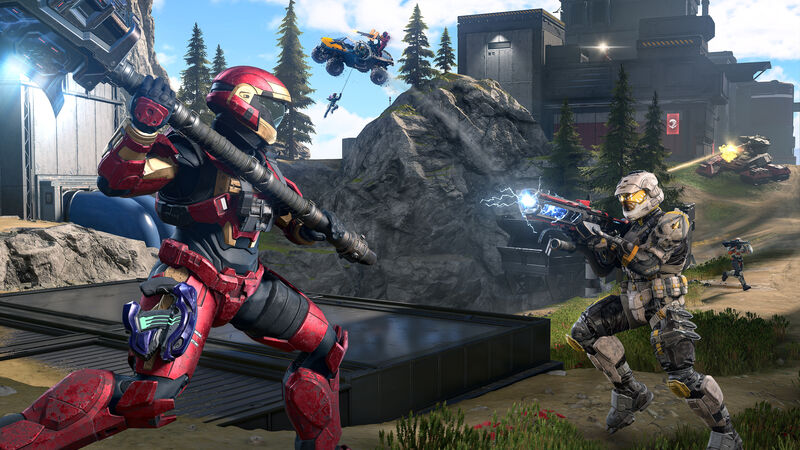 4.7
Halo Infinite is ditching another of its game modes introduced in Season 2, a mode which "many players have enjoyed," developer 343 Industries said. That mode is Land Grab, and if you enjoy playing it, you'll want to get in a few more matches between now and September 20th, because that's when it's going to be removed. The Halo Infinite team said the mode would return at a later date as part of an event, and after that, players will see it once more as part of Quick Play, but not as its own standalone playlist.

The Land Grab removal was addressed this week in the latest playlist update overview for September. Land Grab got its own section of the blog post confirming its removal with 343 Industries saying interest in the mode has been "steadily declining" since it arrived during Season 2.

"On Tuesday, Sept. 20, the dedicated Land Grab playlist will be rotated out of matchmaking," 343 Industries said. "While we know many players have enjoyed this new mode introduced in Season 2, at this stage it's been steadily declining and starting to fall short of the quality bar for a positive player experience."

For those who did enjoy Land Grab on occasion and are sad to see it go even if it wasn't being played enough to warrant it having its own playlist slot, fear not: the game mode will return later in the month. We'll see it a bit more later in November.

The Yappening is coming to a close, but the party continues next week in BTB Social! In our September Playlist Update, we share some insights into current playlists and more. Read up about it now! https://t.co/RnQt6uYt38 pic.twitter.com/tQULm1A83X


For those wondering how Land Grab was performing against other playlists, the following rankings were shared, too, to show what modes were most and least popular.

Halo Infinite's Land Grab mode will be removed from the playlist options on September 20th.

At this rate, there will be no game left

dang they just cant get stuff down for this game