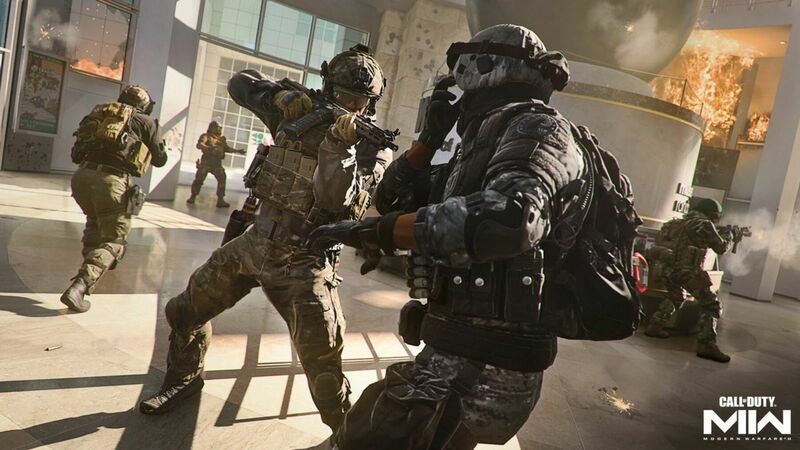 Call of Duty: Modern Warfare 2’s Gunsmith 2.0 is the key to gaining access to an MP5K, with the new system having the same purpose as the original. Though there are some exciting improvements like weapon vaults and shared attachments, the gunsmith’s main draw is still the option to let players customize their weapon of choice in dozens of different ways. For those that have the Lachmann 5.56, the process of transforming the weapon is simple enough.

As shown off by Reddit user Voodoo-Hendrix, the design is pretty close to spot-on, as the MP5K’s signature foregrip and missing stock are both visible. To make the design work, players will need to unlock and equip the Lachmann Pulsar barrel as well as the Lockgrip Precision-40 Foregrip. Additionally, the 15-Round Magazine resembles the look of the MP5K’s usual clips, with the No Stock being an obvious must-have. With all these attachments equipped, players will have themselves an MP5K.


To get access to the Lachmann 5.56, players need to select the Expedite 12 Shotgun as their primary weapon. Once this is done, they will want to have Overkill in their first perk slot, with the classic Call of Duty perk allowing players to hold two primary weapons. If these two requirements are met, the secondary will be a Lachmann 5.56. According to Voodoo-Hendrix, if players proceed to level up this gun, they can also gain access to the Lachmann submachine gun and RAAP H, otherwise known as the MP5 and HK21.


Though it takes some work to get ahold of the MP5K, longtime Call of Duty fans will surely be happy to see the SMG return. The weapon has not been featured properly in a mainline Call of Duty game since the original Black Ops, with its only other major appearance being in the original Modern Warfare 2. Fortunately, just like in Call of Duty: Modern Warfare 2019, players are able to build their own MP5K - and this one looks even more accurate than what was possible in Infinity Ward’s previous release.

With Call of Duty: Modern Warfare 2’s release just over a month away, fans will not have to wait long before they can access the entirety of Gunsmith 2.0. With all the attachments and weapons that will be available to the player base, clever gamers will likely be able to make other weapons just like this MP5K.

So cool to see that. But does it improve the gameplay?

That's exactly what I'm worried about brother, it's like they forgot an entire community who exists within their games just for casuals to exist.

I mean, the icon with the weapon even looks like the original MP5K.