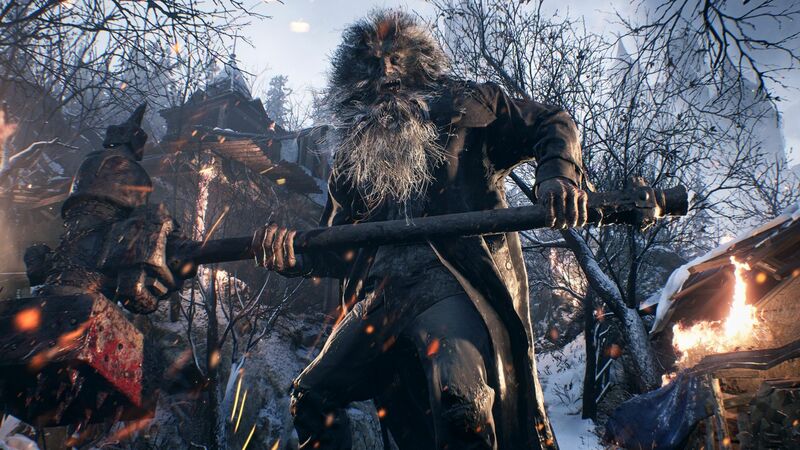 3
Capcom has confirmed another Resident Evil showcase is coming next month with more information about Resident Evil Village’s Winters’ Expansion as well as the Resident Evil 4 remake that’s currently in development.

Announced at Tokyo Game Show, Capcom told us to expect "news and updates on Resident Evil Village Gold Edition, Resident Evil 4, and more." No specific date was announced, so we’ll have to stay tuned to the official Resident Evil social media channels and wesbiste for exactly when the Resident Evil Showcase will air.

A new Resident Evil Showcase was just announced at #TGS2022!
Tune in next month for news and updates on Resident Evil Village Gold Edition, Resident Evil 4, and more.
🌿 https://t.co/ZPnIwQ7AKn pic.twitter.com/MuDZqUMNSb


Elsewhere at Tokyo Game Show, we go to see more footage of the third-person camera mode in action, as well as the announcement for a Mac version of Resident Evil Village coming later this year. The PSVR 2 version of RE: Village is also available to play at the Capcom booth on the Tokyo Game Show floor.

Capcom has confirmed that the Resident Evil 4 remake is being developed not just for the PS5 but also for the PS4. Producer Yoshiaki Hiarabayashi said that the development team is "looking into" bringing the coming remake to previous-gen consoles, although he stopped short of saying it will be available on Xbox One.

We all will be at the showcase

It'll be good to see the showcase in October.

So tired of seeing this garbage game tbh