Modern Warfare 2 Spec Ops will be available at launch 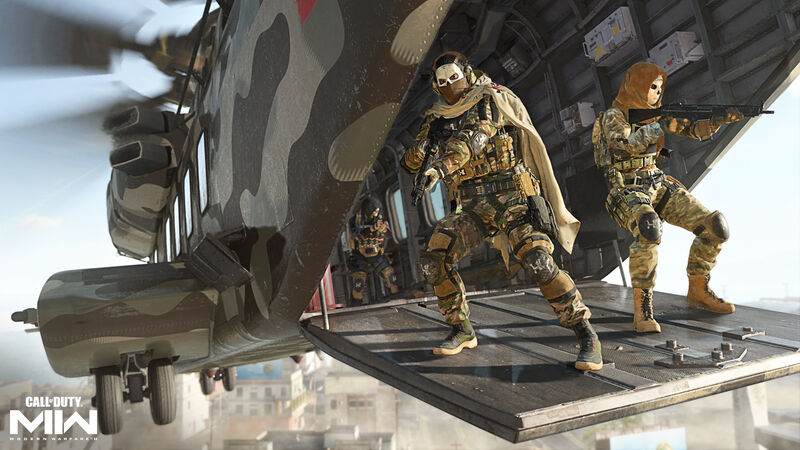 3
Infinity Ward has confirmed that Call of Duty: Modern Warfare 2's Spec Ops missions will be available at launch, alongside a few other details.

"Continue the story after the Modern Warfare 2 Campaign concludes with this in-depth two-player cooperative experience allowing you to explore large-scale hot zones with your fellow squadmate," as the official Call of Duty blog explains. "Assemble your two-person strike team for a number of branching operations against [REDACTED], available at launch."

That paragraph is pretty much the entirety of the Spec Ops information that's currently available to us. The mode's return was confirmed in even lesser detail earlier this year. Call of Duty's Spec Ops mode first debuted in the original Modern Warfare 2, so it's only appropriate to see the mode return in the new game bearing the same title.

Modern Warfare 2's Raid mode was announced as part of today's Call of Duty Next stream, and it'll offer another teamwork-focused test as you take on a series of combat and puzzle-solving challenges.

Today's news also included confirmation that the Warzone 2 release date is set for November, and that you'll have to deal with AI factions when you drop into the new map Al Mazrah. You'll have some new abilities and access to an overhauled vehicle combat system to help out, at least. After ages of anticipation, we also finally got confirmation of the new Call of Duty DMZ mode.

"Modern Warfare 2 Spec Ops will be available at launch" :: Login/Create an Account :: 4 comments

Spec Ops was a PITA on the original

But I'm sure others will enjoy it more

So far A lot of people are loving the beta.

Was never a fan or spec ops tbh or extinction or any other bs mode. Only MP and zombies

Dope!! Can't wait for this to drop going to take me a few personal days off lmao