Grand Theft Auto 6 Leaker is Looking to 'Negotiate a Deal' 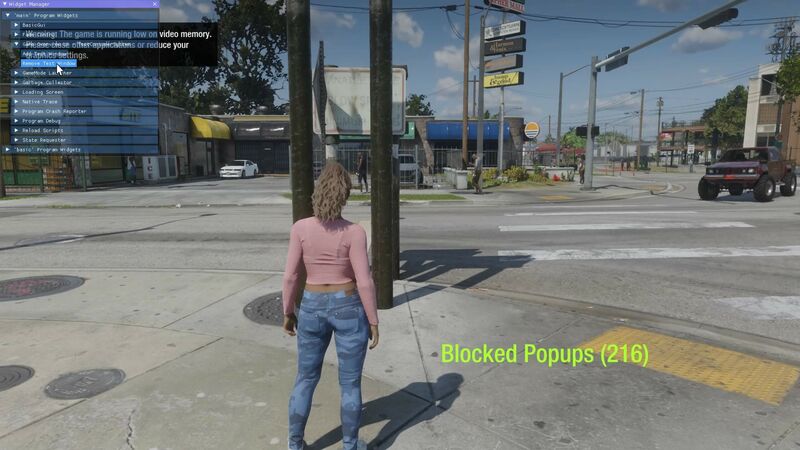 3
The hacker responsible for the massive Grand Theft Auto 6 leak is reportedly trying to negotiate a deal with Rockstar Games and Take-Two Interactive. Grand Theft Auto 6 was officially announced in February earlier this year, but not much has been revealed since then. Rockstar Games mentioned that it will reveal more information as soon as it’s ready, but many details about GTA 6 have been leaked already.

Earlier today, Grand Theft Auto 6 was subject to a massive leak that quickly went viral. It featured gameplay footage and confirmed that GTA 6 will have two protagonists named Jason and Lucia. One of these videos included Lucia trying to rob a restaurant followed by a police chase, while another featured Jason trying to take part in a drive-by shooting. Most of the videos were incredibly short and have since been taken down. However, it looks like the leaker is not done yet.

According to Tom Henderson, the GTA 6 leaker first requested to get in touch with someone at Rockstar Games or Take-Two Interactive. The leaker revealed that they received 3,000 telegram messages, and posted an image with emails from YouTube of the videos being taken down. The hacker claimed that they have the source code and assets of GTA 5 and GTA 6, before stating that they want to “negotiate a deal.”

The hacker has updated the original post stating that he is "looking to negotiate a deal".

The hacker has also said that he has source code for GTA 5 and GTA 6. pic.twitter.com/LDtkAUt4Vt


A follow-up tweet includes a short clip of someone pretending to be one of the developers of GTA 6. During this brief exchange, the leaker again confirmed that they have the source and that the IT team could check the logs for proof. While many video games leak in some way nowadays, incidents on this scale are incredibly rare. Most early leaks usually consist of concept art or a screenshot, but this scenario features gameplay footage of one of the biggest games in the industry.

A person pretending to be a Rockstar/Take-Two employee managed to speak with the hacker.

He once again states he has source code and told him that the "IT team can check the logs" for proof.


A recent study reported that Grand Theft Auto 6 is one of the most hyped games currently in development. This list includes upcoming entries in some of the most popular franchises in the industry, like God of War, Call of Duty, and The Legend of Zelda, while also featuring the likes of Starfield and Hogwarts Legacy. Given the massive success of GTA 5 and Rockstar Games in general, it’s no surprise to see GTA 6 be a part of this esteemed list as fans wait for the next big game in this iconic franchise.

Negotiate a deal for millions of dollar$

Then just leak something else not long after :D

teapotuberhacker? Is it just me or does this sound like iKonroi/TeapotTommy

Hearing more of the story sure is funny.

BenC While it is nice to know some details before release having leaks on this scale will ruin the game, in my opinion

Why do you think it's going to ruin the game?

How do spoilers actually ruin anything outside of story specially when you can just ignore them for the most part unless you navigate specific parts of the internet?

While it is nice to know some details before release having leaks on this scale will ruin the game, in my opinion

that is hilarious this guy is crazy