Modern Warfare 2 guns are unlocked like a tech tree 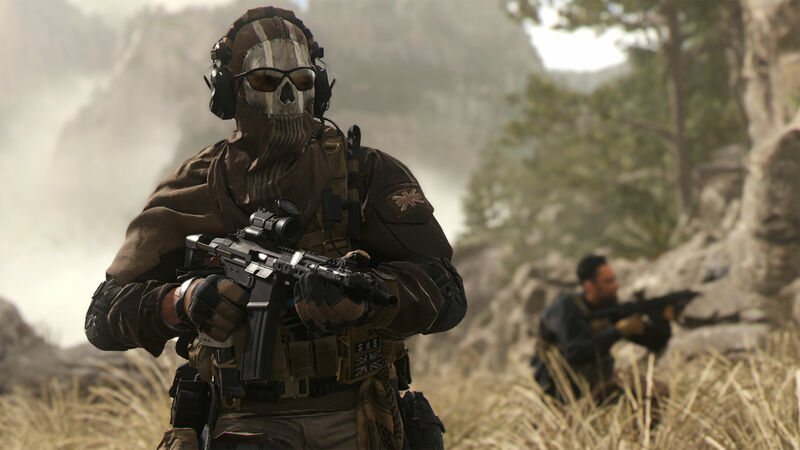 3.5
I maintain that Call of Duty has never done weapon unlocks better than 2019's Modern Warfare reboot. The way that first iteration of Gunsmith balanced attachments with nuanced statistical changes and barrels with transformative effects jived with me in a way Black Ops–Cold War and Vanguard haven't matched since. For Modern Warfare 2, Infinity Ward is blowing up Create-a-Class all over again with Gunsmith 2.0.

In Gunsmith 2.0, players will not only unlock new attachments for weapons, but new receivers that literally transform one gun into another. That's right, it's a tech tree.

Infinity Ward explained the new system in a video(opens in new tab) shared on the Infinity Ward Twitter. Using the M4 as an example, developers demonstrated how the entire front receiver of a standard M4 (that's basically all the central innards that stuff attaches to) can be detached and replaced with the receiver for an M16. You have to progress through the M4 before unlocking the M16 receiver, which can then progress into an SMG receiver or maybe a DMR variant.

That's a major change from the way that Call of Duty has handled progression for the past decade. Gun unlocks are typically tied to your overall account level. It sounds like that's still the case for "base" guns like the M4, but variants will now be tied to weapon XP. I imagine that a standard AK-47 eventually progresses into an AK-74U SMG, for instance. Infinity Ward says this change is meant to more closely mimic the modularity of actual guns, but gun tech trees also come with a cool bonus: once you unlock an attachment for one gun platform, it'll also be unlocked for that gun's variants.

How we designed Gunsmith 2.0 for #ModernWarfare2 pic.twitter.com/WKZQf4p7fw


"This takes away from the grind of having to unlock every single attachment on each weapon every time you want to level up a weapon," said senior user experience designer Mary Evdjukian. As someone who has probably unlocked the same basic red dot sight for hundreds of CoD guns over the years, it'll be nice to cut down on the clutter.

It won't be long before we can try out Gunsmith 2.0 for ourselves. The Modern Warfare 2 beta(opens in new tab) starts this Friday for PlayStation players with an open beta for all platforms starting the following weekend.

Glad they did this

Interesting idea, I need to place my pre order. Wish I had a beta code though

The beta isn't too bad, kinda fun so far!

hope its good need something to play