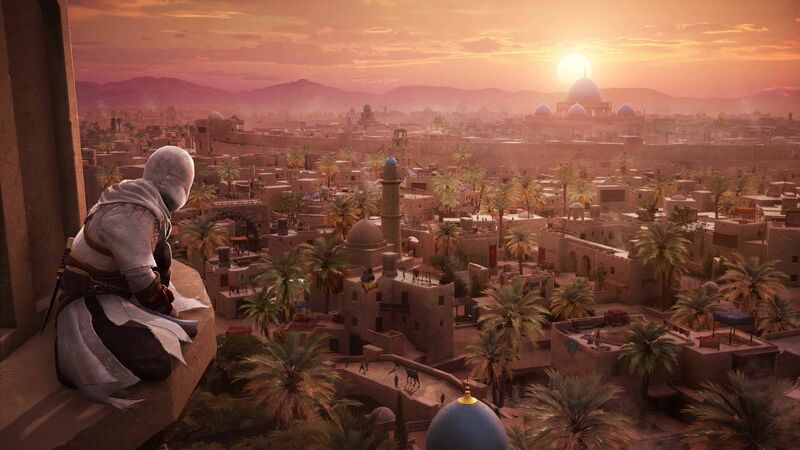 We had already heard that Assassin's Creed Mirage, which started life as Assassin's Creed Valhalla DLC, would be a smaller, more focused title - and written about why we think that's a good thing - but now we have a bit more specificity about its length. In an interview with Eurogamer(opens in new tab), narrative director Sarah Beaulieu compared Assassin's Creed Mirage directly to Rogue and Revelations, the series' 2014 and 2011 entries.

"I think the most accurate comparison would be Rogue or Revelations, in terms of scope," Beaulieu said in response to a question about Mirage's runtime. "We also wanted to go back to what Assassin's Creed was in terms of story structure in the very early games, which means that it's linear. You have a beginning, you have an end, and it's a character's evolution."

In their own interview, the folks at IGN(opens in new tab) asked if Mirage's length could be compared to older games in the series, whose main campaigns typically lasted between 15 and 20 hours, and series boss Marc-Alexis Côté replied in the affirmative. "Yes, you should expect something that's closer to our original games," he said.

Or, around 5 hours for an average player.