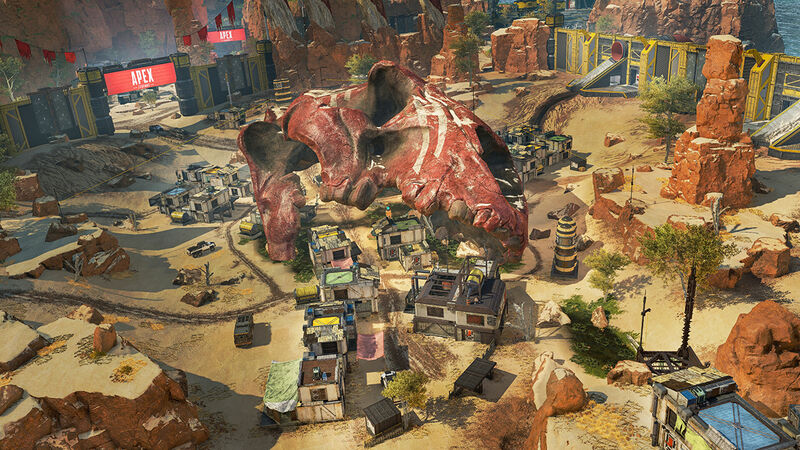 4.3
Apex Legends players are asking Respawn to give them a more detailed stat tracking breakdown so they can better reflect on their past performances. Apex Legends is one of the best battle royale games on PC right now, and the launch of Apex Legends season 14 has seen it continue to rise in popularity, with the Apex Legends player count for August reaching its highest levels yet.

While the game is clearly doing well, some players are asking for a feature that has long been absent from the game despite featuring heavily in Respawn Entertainment’s previous game, Titanfall 2 – detailed stat tracking. Titanfall 2 launched without a stat tracking feature due to development deadlines, but introduced it soon after launch (and recorded players’ statistics in the meantime, so none were lost).

Apex Legends, however, only offers one basic stats screen. You can see a few details for each of the available modes – your lifetime games played, total number of wins, and amount of times you’ve made it to the top five. You can also see your total damage dealt and kills obtained, as well as your average kill/death ratio and a small handful of other stats. You can also see a breakdown of these per season – but they’re taken across your whole account, and don’t consider the wide range of Apex Legends characters on offer to play.

Reddit user cyalaternerd, who sparked the recent discussion with a post on the game’s subreddit, points to fellow multiplayer game Overwatch as an example of good stat tracking, with breakdowns including time played, win percentage, and other stats given on a per-character basis. Many of the players in the replies agree that being able to see their highest-performing legends, or even just a breakdown of how much time they’ve spent playing as each one, would be a welcome addition.

Others ask for a screen that shows how many kills they’ve obtained with each of the different guns – a feature that Titanfall 2 includes. For each of the various individual weapons and titans, you can see your time spent using it, the number of shots, headshots, and critical hits you’ve landed, as well as your total kills on pilots, titans, and AI opponents. You can even see a percentage split for how much you’ve used the various titans on offer, along with other fun stats like total distance travelled in multiplayer.

Among the other suggestions are hero-specific statistics. One user says, “As a Fuse player, I wanna know how many clusters I’ve stuck people with.” Players point to the in-game trackers players can equip to a character that keep track of individual stats like this, along with the existence of more in-depth stat tracking websites such as Apex Tracker, as an example showing that the statistics must be recorded on Respawn’s back end. However, some players hypothesise that perhaps Respawn is holding back on including a fully featured stats screen to preserve the appeal of the trackers offered in its Apex packs and battle pass.

never got around to play the game

I still have never really tried apex out yet