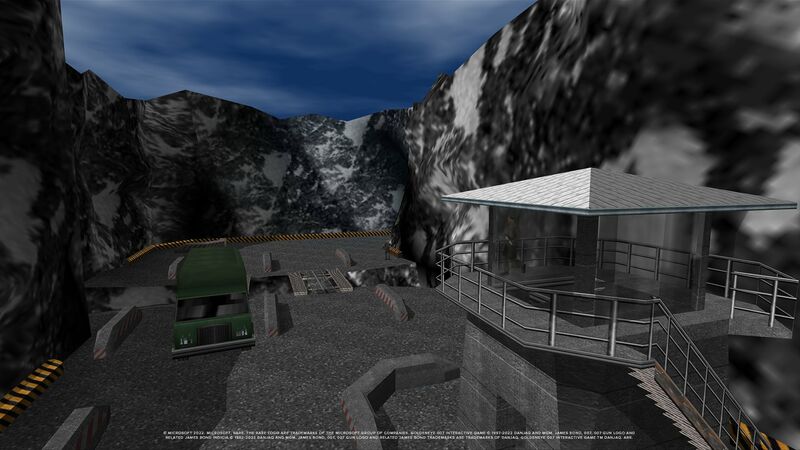 4.5
After months of rumors, reports, and various leaks, it has finally been confirmed that the classic Nintendo 64 shooter GoldenEye 007 is finally coming back in the form of a new remaster. When the beloved James Bond game first launched back in 1997, it quickly set the precedent for what console shooters could become. And while it has since been confined to the platform that it released on, roughly 25 years later, it will finally be returning for new hardware.

Announced during today's Nintendo Direct, GoldenEye 007 was fully unveiled via a new trailer. The game is set to release at an undetermined date in the future and will come to Xbox and Nintendo Switch. Specifically, the Switch version of the game will be available via Nintendo Switch Online. As for what this new version of GoldenEye 007 looks like, it largely resembles the style of the original game but is now in HD for the first time. Rather than remaking the game from the ground up, it seems that the graphics have merely been touched up so that GoldenEye 007 could stay in its purest form.


In short, this remaster of GoldenEye 007 is a big deal for a number of reasons. In the past, efforts to bring forth a remaster of the classic shooter were shot down, largely due to issues associated with the game's rights. Essentially, Nintendo, Xbox, and the license holder of the James Bond IP all own a share of the rights to GoldenEye 007, which makes bringing about a new version of the game quite complicated. Xbox's part in all of this comes about due to its ownership of Rare, which is the studio that created the original GoldenEye 007. To see that a remaster is finally going to release means that there was surely some legwork done behind the scenes to make this all come about.

I can't wait for this game, one of those original OG games even before COD was mainstream

This would be cool goldeneye was great

These games and movies are og but way to hyped up.