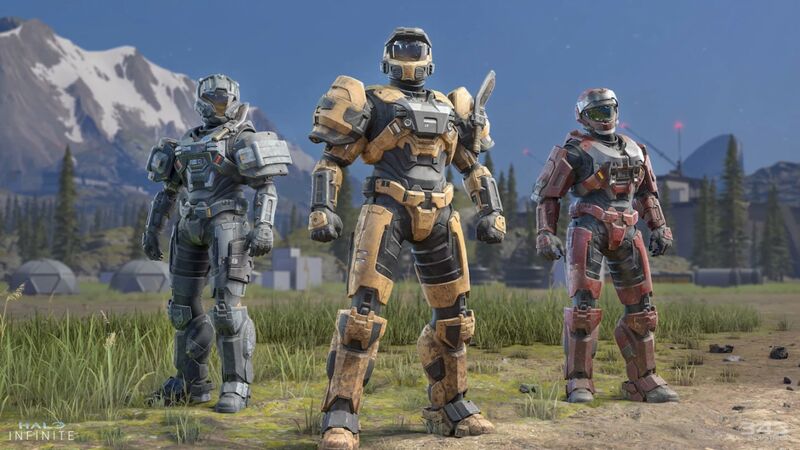 3.8
A Halo Infinite player has gotten split-screen co-op to work on the old "VCR" Xbox One that launched in 2013. Halo is one of the premier co-op franchises and that's part of what made the Xbox so special when it first came out. It was a great story with amazing sandbox gameplay for multiple people to play together. It only got better with time as the Halo games have expanded, adding more players, online functionality, and more. However, split-screen is still a feature near and dear to people's hearts despite the fact it's not as well-supported as it used to be. After Halo 5 launched without split-screen co-op, 343 vowed to have split-screen in all future FPS Halo games, but... that didn't turn out to be true.

This past week, 343 Industries canceled Halo Infinite's split-screen co-op when talking about the launch of the game's upcoming co-op mode. Fans were furious and couldn't understand why a feature like this would be taken out, especially after promising it. Some speculated that there may have been some technical hurdles, but one player has proved it's possible to do split-screen even on the oldest Xbox One hardware on the market. Courtesy of a glitch discovered by HaloCreation, Twitter user KatsuyatheFuuk posted a video of them playing the game's co-op on the original Xbox One model. When the game goes into the open-world, it has some FPS issues, but nothing significant given it's not even really an official/finished version of split-screen co-op. Naturally, this new footage sent fans for a loop and has only led to more confusion from the community.

Open world has minor issues, but it's more than playable on VCR Xbox One from what I've played pic.twitter.com/dqh9F8LmXo


Whether or not enough outrage will spur 343 Industries into changing its mind remains to be seen. The team noted it was shifting its priorities to other projects within the studio, resulting in split-screen getting cut. Maybe there's a chance it could return in the next Halo game, but this move makes it feel less likely.

Congrats to them for getting this done

hell yeah cod and halo split screen is so nostalgic