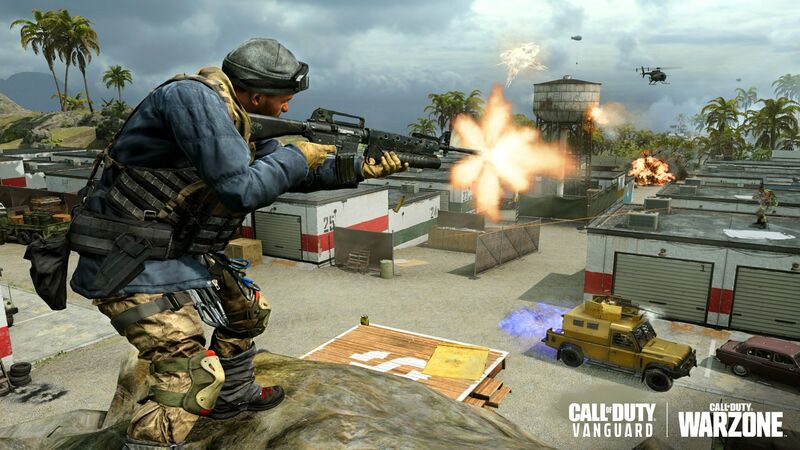 3.8
Loadout Drops, the most expensive purchase from Call of Duty: Warzone's Buy Stations, may soon be a bit cheaper. Warzone developer Raven Software teased this week that it's considering the idea with a poll presented to players to see what they thought about the prospective change. Based on that tease and the current sentiment expressed through the poll, it seems like it's a decent possibility prices will be lowered sooner rather than later.

The poll in question was shared via Twitter with Raven Software reminding players first of how things worked in the Titanium Trials: Endurance mode that coincided with the Terminator crossover. In this Warzone experience, Loadout Drops purchased via Buy Stations started out pretty pricey but got progressively cheaper as the match went on. Raven Software seems to be looking into ditching that first part and simply making Loadouts cheaper within every circle of the game's traditional battle royale mode.

We loved the response to Titanium Trials, and we are contemplating bringing the Loadout price reduction at every circle to Battle Royale.

Would this change be a W or an L? Cast your vote!


Based on what the poll is showing so far, players are in favor if that as well. At the time of publishing, 20,727 votes have been cast with just under 75% of respondents in favor of lowering the prices. The approximate 25% of players who chose the other option said "loadouts are earned!" but they're definitely the minority in this regard.

Aside from the tease and the results depicted so far by the poll, it makes sense that Raven Software might do something like this during the current season of Warzone. That's because this season has been touted as "the final season for Call of Duty: Warzone" in the patch notes and such leading up to the release of Season Five. During a time when players might be looking ahead to the next Call of Duty release instead of focusing on the current experience, reducing the cost of the Loadouts could end up being part of one last hurrah to get players invested in this season.

Of course, Warzone isn't really ending after this season concludes given that there's more to come in regards to Call of Duty: Modern Warfare 2. Whether you call it Warzone 2, Warzone 2.0, or something else, there's definitely more of this battle royale experience coming with Activision already setting the stage for the reveal of "the future of Warzone" on September 15th.

Nothing wrong with that, but I feel like the original price was fairly balanced anyway.

havent played it in a min but that would be awesome