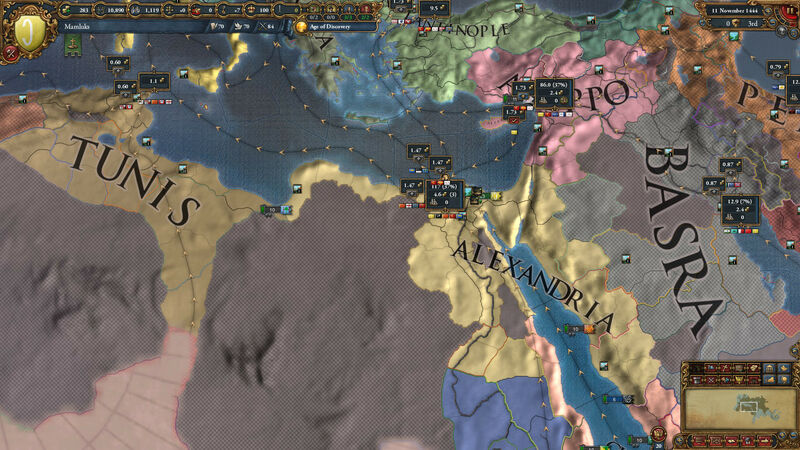 1
True to its word, Paradox has more DLC lined up for historical grand strategy game Europa Universalis IV. The next Europa Universalis IV DLC, Lions of the North, is an immersion pack that focuses on Scandinavia and the Baltic states, with new mission trees, new units, new government reforms, and more. The Lions of the North release date is set for September 13, and it’ll arrive – as is usually the case with these expansions – with a major update for the core game.

“Rich in natural resources and medieval trading cities, the Early Modern Baltic is fertile ground for a rising empire,” Paradox says. “Whoever controls the western passage can dictate access to lands ripe for development, exploitation, and conquest.”


The Lions of the North adds new mission trees for Denmark that charge you with balancing your hold on power both in Scandinavia and northern Germany, and for both Norway and Sweden, which struggle to rid themselves of Danish control.

There are also new mission trees for religious orders like the Teutonic Order and the Livonian Order, giving players the option to lean into religious zeal or reforming the lands with a more secular regime.

Poland, Lithuania, the Commonwealth, and Riga also have new mission trees in Lions of the North, and you’ll be able to recruit new Swedish Carolean Infantry and Polish-Lithuanian Winged Hussars into your armies as appropriate.

I have not heard much about this, Awesome to se their on DLC 4.

I seriously haven't heard of this game, and it'sincredible to have a 4th DLC coming out

crazyy that game has that many