Minecraft Legends rewrites the rules of the sandbox game 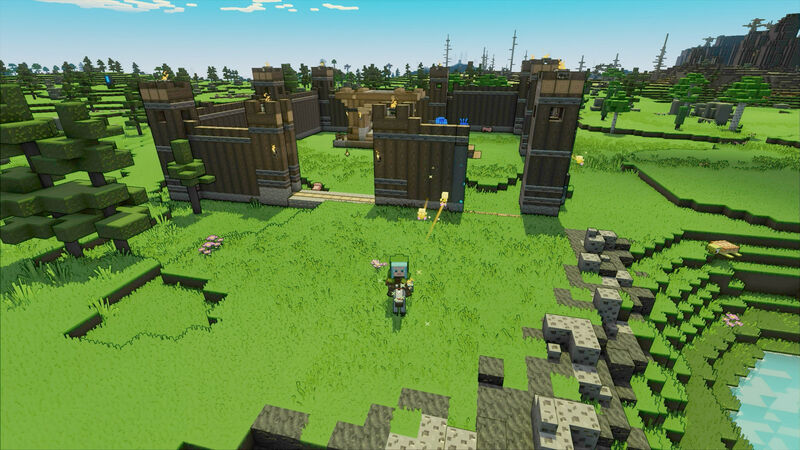 0
Minecraft Legends rewrites the rules of Minecraft to team you up with enemy mobs in a “fairytale” action strategy game spin on what is undoubtedly one of the best sandbox games of all time. In a developer preview with PCGamesN at Gamescom, the team behind the new Minecraft Legends RTS explains some of the key details that players can expect when the game arrives in 2023.

Minecraft Legends is a strategy game – but one that sees the player take the role of a hero in the world. You will become the commander of your forces and direct your troops from the front lines. Minecraft Legends features a main campaign mode with multiple difficulty settings and versus options, as well as plenty of challenges for players to complete. There will also be a marketplace available.

Players can choose from a range of heroes, but these are purely cosmetic – there are no different classes or weapons, instead all players will have their sword. Instead, the focus is on making pals – your allies will help you to gather materials as well as building up and manning your base structures. This is all in service of helping you in your fight against the Nether World forces that have overrun the Overworld with their hordes of piglins.

Those allies can come from a range of sources – you can befriend villages across different biomes that will help you to gather materials. Interestingly, in very Mortal Kombat style the threat of the Nether World sees enemies coming together against a common foe. As such, you will find enemy mobs that are usually a threat in Minecraft such as zombies will now be your allies. The team says that because this spin-off game is a “legend,” it can rewrite the traditional rules of Minecraft.

As well as employing the help of your allies and the base structures they create, you will be able to utilise special resources found in the world that incorporate action gameplay alongside the strategic aspects. Speed wheat will allow you to get around faster, while bouncing mushrooms give you a great way to obtain some verticality quickly. Building bases will provide you with respawn points, as well as enabling the ability to fast travel to them.

Your ultimate goal is to attack the enemy base and destroy the Nether Portal that is contained within. Each game will create a unique world for the player through procedural generation, much like traditional Minecraft – although you will be given an in-game map to work with. The area around the piglin base will be corrupted with Nether, meaning it’s dangerous to you and your troops – so a tactical approach is recommended if you want to win the day. Successfully destroying the base will enrage the big piglin leading the Nether World forces, and he’ll come to find you.

"Minecraft Legends rewrites the rules of the sandbox game" :: Login/Create an Account :: 3 comments

So amazing they keep up on this and updates.

So popular, and wouldn't have it any other way

minecraft is such a classic