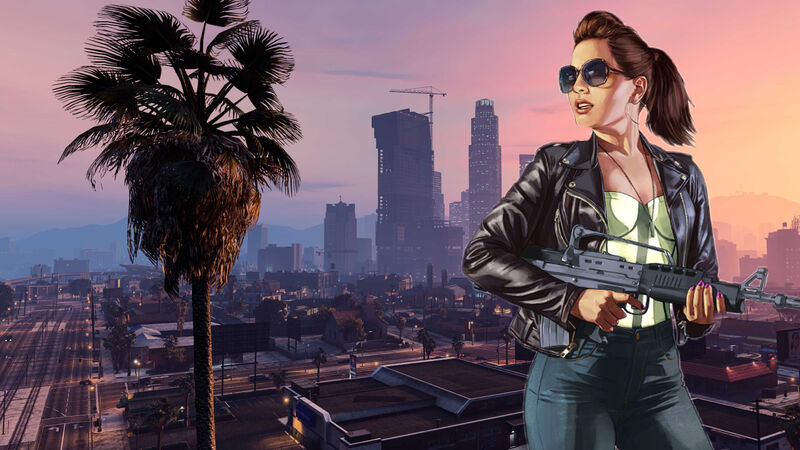 4
Grand Theft Auto 6 is easily one of the most anticipated games currently known to be in development. Grand Theft Auto 5 and its online component remain incredibly popular and lucrative products, even now nine years after launch, so it's easy to see why developer Rockstar Games is taking its time and wants to deliver something special with Grand Theft Auto 6. But, in the meantime, Rockstar may be getting tired of hearing about it. It was recently confirmed that mention of Grand Theft Auto 6 is banned from Rockstar's Twitch channel.

The discovery was first found within the community-run GTAForums, as a user shared a screenshot of their attempts to mention Grand Theft Auto 6 in Rockstar's Twitch chat being rebuffed. The screenshot shows someone going into the Rockstar Games Twitch channel chat and typing two statements, one with the term "GTA 6" and one with "GTA VI." Both chats did not go live, as they were caught by the channel's auto-moderation. Specifically, the messages were described as in conflict with the channel's moderation settings.


On one hand, it's easy to see why Rockstar might choose to ban mentions of Grand Theft Auto 6. The company is not actively discussing the game or its development at this time. It's trying to focus on other projects, like Grand Theft Auto 5. But if a significant amount of posts, or comments in YouTube's case, are about Grand Theft Auto 6 then it derails all community discussion. Further, the developers at Rockstar are likely very tired of hearing, "When will GTA 6 launch?"

With no announced plans for Grand Theft Auto 6, Rockstar is unlikely to change its moderation policies on Twitch and YouTube any time soon. That will likely change when Rockstar does start sharing Grand Theft Auto 6 plans, since it will want to build hype at that point. Until then, fans will just have to find somewhere less confrontational to talk about the upcoming game.

Grand Theft Auto 6 is in development.

One this is dont mess with Rockstar.

Scummy company, everything they do is arrogant