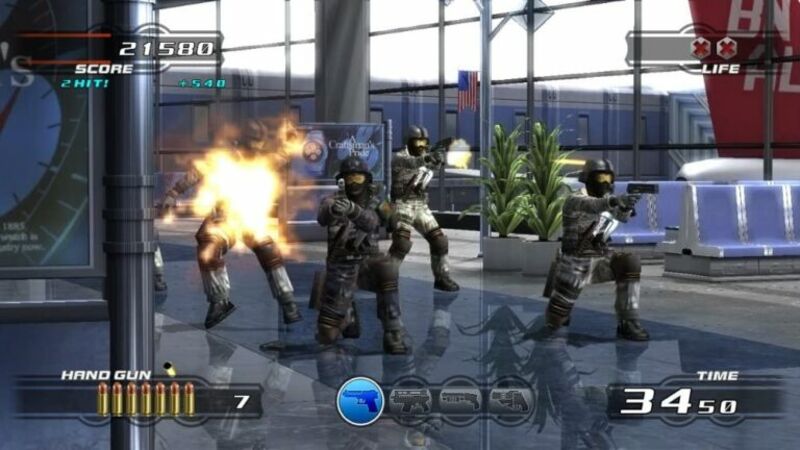 The trademarks cover goods including “arcade video game machines” and “recorded computer game software,” and services such as “providing online video games” and “a computer game that may be accessed network-wide by network users via computers.”

It’s unclear if the trademark applications are indicative of any plans to revive the series with new entries.

Steel Gunner was Namco’s first light gun title. The arcade game was released in 1990 and was soon followed by a sequel.

Time Crisis 5, which was released in arcades in March 2015, was the most recent entry in the series and the publisher’s last light gun game too.

Last month Bandai Namco confirmed claims that its servers had been hacked and confidential information had been acquired.

Following the ransomware attack, the Pac-Man, Tekken and Dark Souls publisher said it was investigating the extent of the leaks, which could include customer information, and was strengthening its security measures to prevent recurrence.

WOW!! it looks so crazy to play

What is this an indie or mobile game ? lol