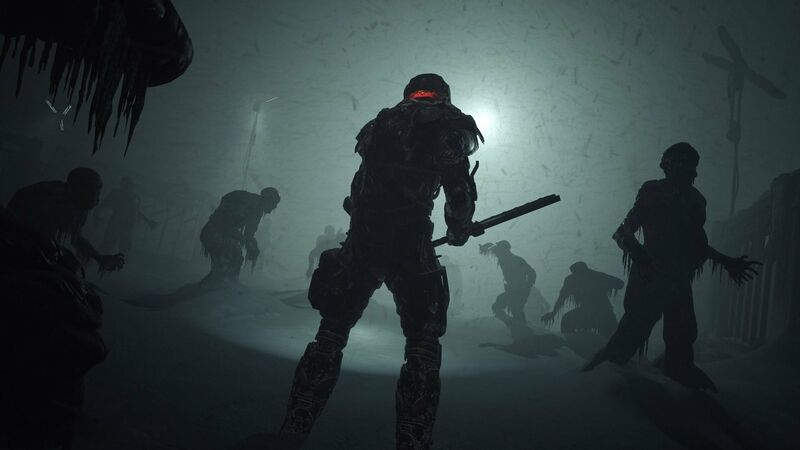 Gamescom 2022 is now well underway with a bunch of new game and DLC reveals, as well as gameplay trailers for some previously announced titles. The brand new gameplay footage from The Callisto Protocol promises a lot for the game’s innovative combat system, including the ability to drag enemies from place to place with high-tech weapons.

As seen in the trailer, players will be able to use environmental factors as well as weapons to kill monstrous creatures. Bullet counter will also be visible even in dark areas, meaning players can know when to use melee weapons or reload their guns. Speaking of melee weapons, The Callisto Protocol will task players with improving their melee combat, especially against bullet-proof enemies. In case you missed it while watching the trailer, the enemies that players will encounter will continue to fight even if their limbs are cut off. Additionally, some creatures will be able to regenerate their bodies in long-running combat.

Stealth will also play a crucial role in the gameplay. Players won’t have to get into a fight if they don’t want to, as they can silently kill their enemies without trouble. The second part of the trailer, which resulted in our protagonist getting sliced by a huge fan, features fewer gameplay elements. Lastly, some enemies will attack from a distance so players will either need to adapt their gameplay to these changes or find new solutions to deal with the creatures.

The Callisto Protocol is a story-driven, survival horror game in which players will escape from a penitentiary filled with transformed creatures. The game takes place in a distant future where the protagonist, Jacob Lee, will have to survive in a Black Iron Prison. According to the developer team, The Callisto Protocol emphasizes gory combat, horrifying atmosphere, and brutality as its story immerses you in during the game’s progression. It should be stated that it is not a beat’em up style game, meaning players will need to develop strategies to proceed further.

Inspired by the acclaimed Dead Space series, The Callisto Protocol will launch for Xbox One, Xbox Series X|S, PlayStation 4, PlayStation 5, and PC via Steam on December 2nd, 2022.

Game reminds me of RE and Dead Space