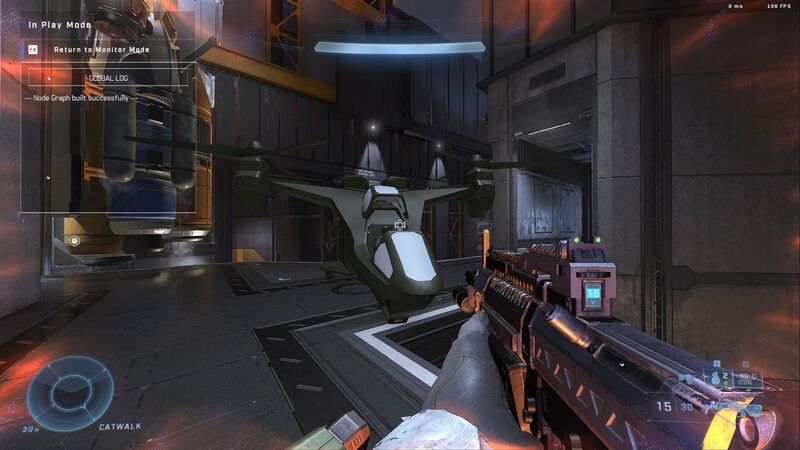 5
Halo Infinite dataminers have discovered that an iconic Halo: Reach vehicle is buried in the game's files. The Halo series has a lengthy history dating back to the early 2000s with the original Xbox. At the time, it was nothing more than a new sci-fi shooter that would help sell people on Microsoft's first-ever gaming console. Once people actually played it, it took off like few other gaming franchises ever have. It was such a unique world filled with awesome weaponry, vehicles, and characters, something that has managed to stay true for over 20 years. With each entry in the series, the developers add all kinds of new additions to the series, some of which become immediately iconic.

One of the best games in the Halo franchise, Halo: Reach, had a lot of awesome technology because it was a prequel to the other games. Although some of the weapons and vehicles have popped up in other titles, things like the Falcon were essentially exclusive to Halo: Reach. Now, it's looking like that could change. Dataminers discovered the Falcon in Halo Infinite's files and even got it flying, despite the model appearing to be pretty unfinished. Of course, it's possible that 343 Industries planned to include the Falcon at some point, but decided to cut it. It's also possible that the vehicle could be added in a future update. With a rumored battle royale mode on the way, it would make sense to have a flying transport vehicle like the Falcon so players can move around the map quickly.

1st look of the Falcon in Halo Infinite! Looks like a super early version. Looks very similar to H4's left over Falcon. @HaloVersions for finding it! 🔥😱#HaloInfinite #HaloLeaks pic.twitter.com/PvE3K8NT3A


Whatever the case may be, it's fun to see such a beloved, albeit small, piece of history at least being considered for Halo Infinite. Hopefully it does make the jump into the game, but there's really no telling. At the bare minimum, there may be a chance that 343 includes it for Forge as one of many toys in the toybox, but only time will tell.

I need to get this it actually looks fun