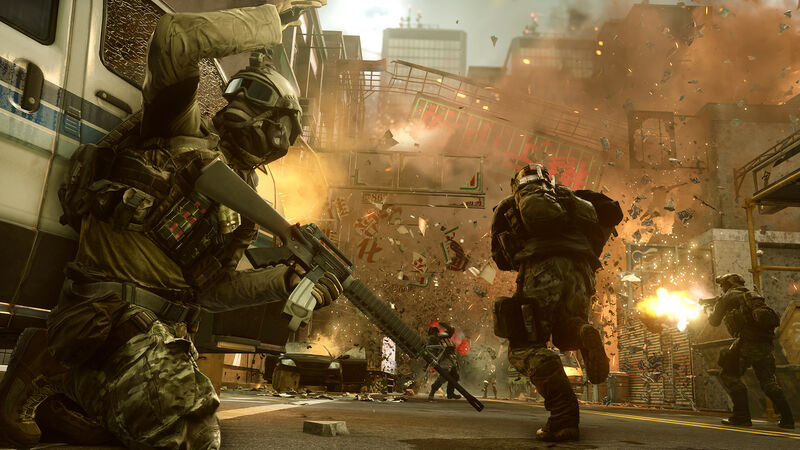 3.3
Well-known industry insider Tom Henderson recently replied to a Battlefield fan on Twitter about the latest information he has on the next title in the series, revealing that he believes the game still targets a modern/slightly futuristic setting with a special focus on a story-driven campaign.

According to Tom Henderson, the next Battlefield title is still in the pre-production phase and things have been rapidly changing, but the leaker believes that the game will still happen in an era and setting similar to those of Battlefield 2042.

A lot has been changing rapidly in pre-production. It's my understanding that they are going for modern/slightly future again though and nailing the narrative.

Not sure where they will go with it yet tbh. A complete reboot and just calling it Battlefield would be ideal. https://t.co/VzIeJabYdO


Henderson firmly confirms that the next Battlefield will feature a story-driven campaign, which is rumored to be led by Marcus Lehto who has joined Electronic Arts recently, forming a brand new studio under the publisher’s wings.

Since then, Marcus Lehto has been asking a lot of questions on Twitter from Battlefield fans about the shooter games and things they expect from a top-notch shooter. Fans believe that the answers to these questions will shape the future of the next Battlefield, especially the campaign mode of the game.

Battlefield 2042 launched to hugely negative feedback from fans, but it took the developers months to finally accept the criticism and start to roll back the new decisions to the origins. With Season 1, Battlefield 2042 finally added a classic scoreboard system to the game, and recently, the developers revealed that they will bring back the class-based system in the future, through which, Specialists will be a part of the classes.

That being said, these changes are targeted for Season 3 of the game. Currently, fans anticipate the announcement of Season 2 to arrive in the next few weeks as Season 1 is expected to reach an end earlier in September 2022.

Henderson previously claimed that the next Battlefield targets a 2024 release, but in his recent tweet, he didn’t confirm that. Even if the next title launches in 2024, Battlefield 2042 still doesn’t seem to become what fans have been anticipating at least until Season 3, which is expected to arrive later in 2022.

Respawn’s Vince Zampella currently oversees the post-launch content for Battlefield 2042 and the production of the next Battlefield title.

They have let us down, BF will never be the same again