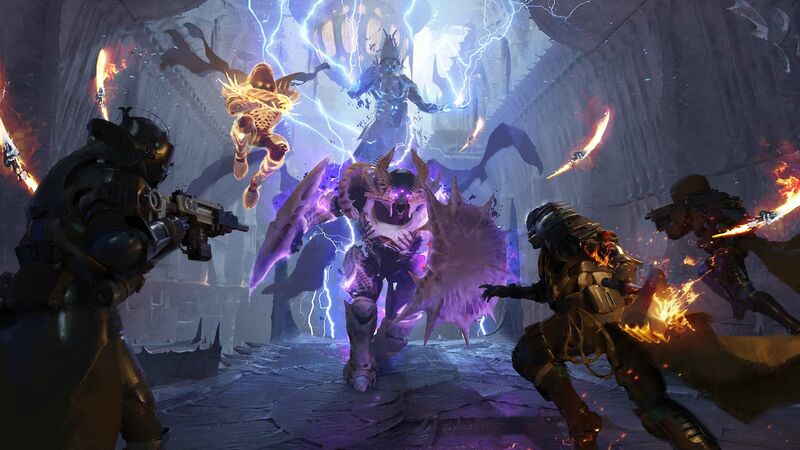 As posted to Twitter by Destiny dataminer Ginsor, an image showing off classic Fornite skins in Destiny 2 has been found. The image appears to be marketing material that was discovered early.

The skins include a Black Knight skin for the Titan class, a Drift skin for the Warlock and an Omega skin for the Hunter. Each of these skins is modelled after iconic Fortnite skins from the game’s early seasons.

No information on how to obtain the skins has been made available, however, it’s likely that the crossover will go both ways, with some Fortnite danaminers suggesting that Destiny skins could appear in the game.

Destiny 2 is gearing up to launch its next season of content, Season 18.


Bungie will reveal future plans for Destiny 2 during a product showcase in late August.

“Witness what’s next,” it teased with a video highlighting key moments from the Light and Darkness saga, which is viewable below.

The Destiny 2 showcase will take place on August 23, almost exactly one year to the day since the studio held a similar event.

The game’s next expansion will be Lightfall. It will be followed by one further unannounced chapter, which Bungie has said will fully complete its first saga of Destiny.

PlayStation maker Sony Interactive Entertainment announced earlier this month that it had completed its $3.6 billion acquisition of Bungie.

In addition to its ongoing work on Destiny 2, Bungie has announced plans to bring at least one new IP to market before 2025.

They need something to help to make the characters look good