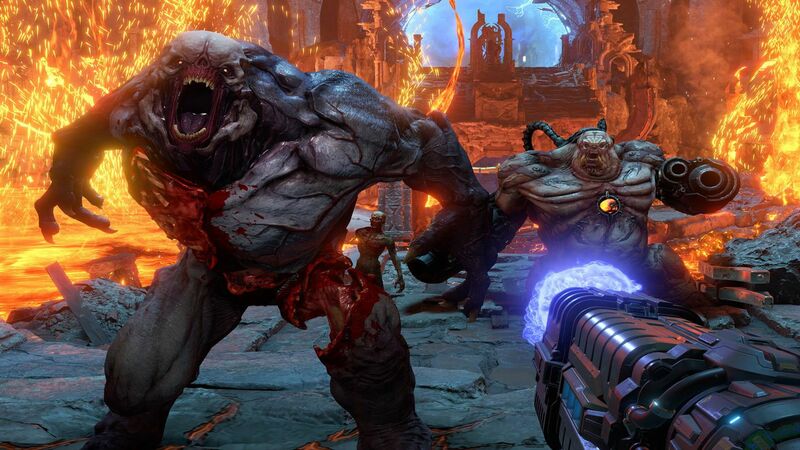 4.7
id Software, the studio behind DOOM and DOOM Eternal, has teased the next game that it's currently working on. At this point, it has been over two years since id Software and Bethesda released DOOM Eternal. And while the studio went on to support that game post-launch in the form of two major DLC expansions, it remains to be seen what its next fully-fledged project will be. Now, we have received an initial tease from one of the people in charge of the developer.

To coincide with QuakeCon 2022, id Software director Marty Stratton dropped a hint about what the studio has been up to. Although no specifics were provided, Stratton did make it clear that those at id Software are working on a new game right now. Further information on when this game might be unveiled also wasn't given, but Stratton made it sound like the project is still in the early stages. Because of this, we might not learn more about this mystery title in an official capacity for quite a bit longer.

"The Team is hard at work at our next Big game although we not ready to share details yet" pic.twitter.com/H2iDKo3kGI


In all likelihood, id Software's next project likely won't be tied to the DOOM franchise. Even though the studio has become synonymous with DOOM in recent years, the Ancient Gods DLC for DOOM Eternal essentially made it clear that this would be the final chapter of content for the franchise for the foreseeable future. Instead, some rumors have suggested that id could now look to return to Quake, which is another iconic shooter series that the studio worked on in its early years.

What will make id Software's next game different from previous titles is that it will be the first project released since the studio was acquired by Microsoft. As such, whatever this game ends up becoming will surely be exclusive to Xbox Series X and PC platforms and will likely be announced at an Xbox event. With this in mind, we'll keep an eye out in the coming weeks and months if any new teases or reveals do come about.

They need to start going all out and create a diffrent new game, get away from the DOOM series

doom is og but the last one wasnt that great fr