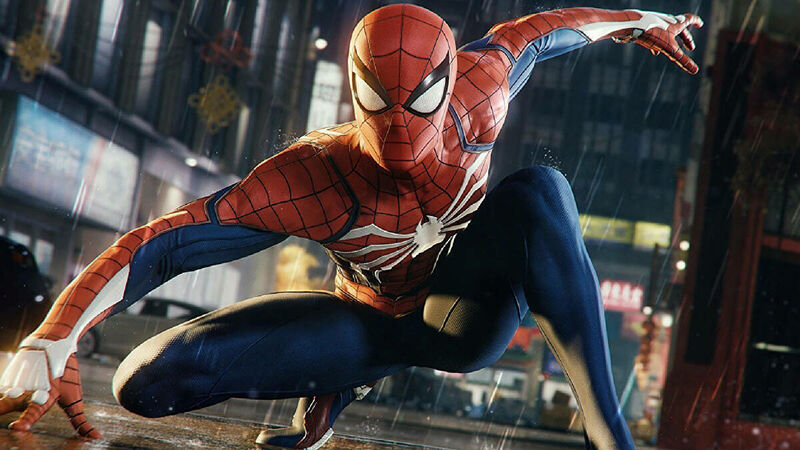 3.5
Marvel's Spider-Man Remastered on PC now has a mod that lets you don the suit featured at the end of Spider-Man: No Way Home. Marvel's Spider-Man Remastered has open the flood gates for mods thanks to its new PC release. On day one, a player added in a black symbiote variant of the game's "Advanced Suit", giving players a taste of what the suit may look like in the sequel. Earlier this week, another player made Spider-Man co-creator Stan Lee a playable character in the game as well. It's been a treasure trove of content and it's only getting better.

Spoiler art for those who haven't seen one of the biggest movies of all time, but at the end of Spider-Man: No Way Home, Peter Parker makes a new suit from scratch. It's a comic-accurate red and blue suit with some raised webbing and a revised spider emblem. At a glance, it's classic Spider-Man, but upon closer inspection, it is clear that it's a suit inspired by Tobey Maguire and Andrew Garfield's suits. The two actors reprised their roles in the film and helped Tom Holland's version of the character save the day and understand his role as Spider-Man. Modder Andrei867 has added the suit into the game, allowing players to experience the handmade suit for themselves. It looks like the modder combined the various suits already available in the game and made some slight changes to them to give it the look from the film. You can view a video of the suit in action courtesy of jedijosh920 down below.

It wouldn't be too surprising if the suit from the end of Spider-Man: No Way Home end sup in Marvel's Spider-Man 2. The first game features a number of suits from the previous movies already and it would make sense to include one of the very few that hasn't already been included. As of right now, there's no release date for the next Spider-Man movie, so it's unclear when we'll see Tom Holland don that suit again.

All those red and blue spidy suits look the same ffs

I could be wrong but wasn't it already on there ? Or maybe just a similar one.