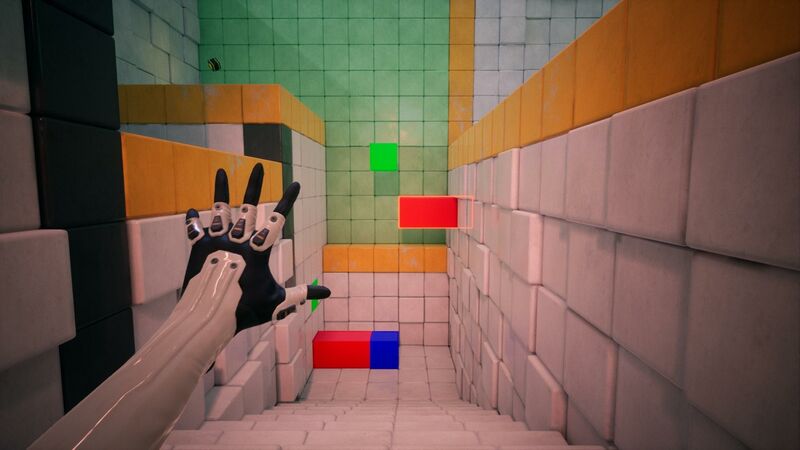 4
Toxic Games has announced today that it will be celebrating Q.U.B.E.’s tenth birthday with a remastered version of the game, aptly titled Q.U.B.E. 10th Anniversary, and it’s coming to PC and consoles next month.

The Q.U.B.E. 10th Anniversary release will give players both old and new the chance to play through the first-person puzzler with improved graphics and brand new content that adds a good 4-6 hours of additional gameplay on top of the original game.

There’s also the inclusion of all content from the ‘Director’s Cut’ of the game, including the voice-over narrative and a revised soundtrack. And for those who really want to squeeze every ounce of value out of their gaming purchase, the developers have even put together a developer commentary which should be an interesting listen, especially if you’re interested in what goes on behind the scenes in video game development.

The announcement of Q.U.B.E. 10th Anniversary comes with a trailer showcasing the improved and remastered visuals while comparing them to the original game. It’s impressive stuff and it’s clear that the developer has gone to great lengths to really set this new version apart from the original.

“We set out to make sure Q.U.B.E. 10th Anniversary serves as the ultimate celebration of the series’ ten-year run,” said Dave Hall, Creative Director at Toxic Games. “Though this new trailer casts the spotlight on the new reenvisioned visuals, this isn’t a case of serving up the same game in brand new clothes. We’ve completely reimagined Q.U.B.E.’s world to offer fans – both new and old – an entirely fresh way to play.”

Q.U.B.E. 10th Anniversary will release on September 14th for PC and Xbox Series X|S. The PS5, PS4, and Nintendo Switch versions will follow soon after, according to the presser, though there’s no confirmed date at this time.

10th anniversary congrats to them !