Madden NFL 23 Release Date, Time, And How To Get Early Access 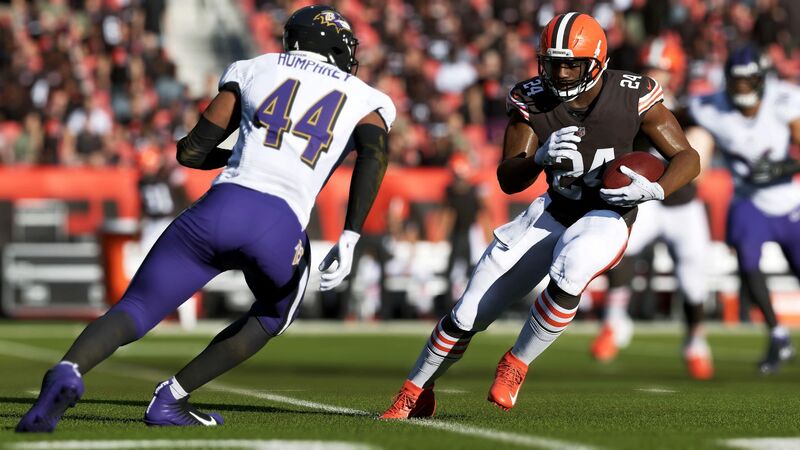 3.8
The next entry in the Madden NFL series by EA Sports will arrive in just a matter of days, but if you’re willing to splash out a little extra cash, you could get 3-day early access to Madden NFL 23.

Madden NFL 23 promises new additions to franchise mode, as well as new defensive animations on the PlayStation 5 and Xbox Series X|S consoles. Of course, a brand new Madden NFL title means fresh ratings for everyone’s favorite players. Player ratings can often be the subject of controversy, which is why EA set up an exclusive ‘Ratings Adjustor Hotline‘ for fans to complain about the stats of players in Madden NFL 23.

EA said that anyone who called in with “real evidence and well-thought-out case, could just see their favorite player’s rating change”. Hopefully, you took the time to call in with your own evidence, as the official release of Madden NFL 23 is right around the corner.

For those picking up a copy of Madden NFL 23 via Steam, the release time will likely be 9AM PT / 12PM ET / 5PM BST, as this is the usual release time for PC titles on Steam.

If you’re eligible for early access, details of which can be found further down this article, then the release date of Madden NFL 23 will be Tuesday, August 16th 2022.

time to Griddy in #Madden23 pic.twitter.com/otLw2QdfdK


How To Get Early Access To Madden NFL 23
As mentioned previously, Madden NFL 23 can be played from August 16th via early access. All you need to do to jump into the game three days before release is purchase a copy of the ‘All Madden Edition’ of Madden NFL 23. Priced at $99.99 USD, the special edition includes the following content:

most people don't care about this

people about to go crazy for this and nba