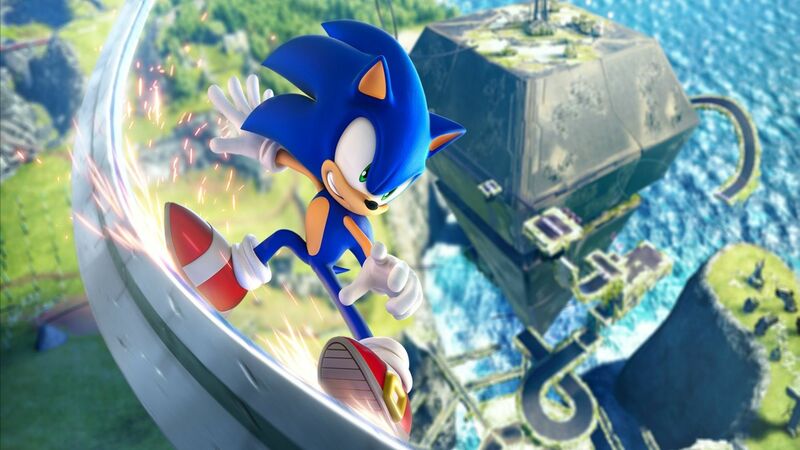 3
The Sonic fanbase is in a weird place right now. The promotional material for Sonic Frontiers has divided opinion, to say the least, with some feeling more hyped than ever, and others convinced it will be another flop. So, when some art that pretty much everyone liked was released, a bunch of fans refused to believe it was real.

That's right - Sonic Team just had to confirm that a piece of key art it released for Sonic Frontiers isn't actually fan art. This comes as fans have debated everything from Frontiers' gameplay to the length of Sonic's quills, with the playerbase eager to see whether the upcoming open-zone title is one of the good ones.

"Yes, this is real Sonic Frontiers art... More soon!", reads a tweet on the Sonic the Hedgehog Twitter account. This appears to have made Frontiers believers happy, since it was the "haters" apparently casting doubt on the art's authenticity.


As many fans highlight in the quote retweets, the snarky message from the Sonic Twitter team suggests they're a little annoyed with fans doubting every bit of Frontiers material they share. When the initial picture dropped, it even triggered a minor discussion over whether or not the game is too colourful and cartoony - there's no end to the things we can debate in this community.

It probably goes to show that the fanbase is starving for content a bit if such an innocuous image can spark debate. Indeed, while we got drip-fed a lot of gameplay teasers these past few weeks, it still isn't totally clear what the game is actually about. Thankfully, the post also says that there will be "more soon", which bodes well as we inch closer to Gamescom at the end of the month. We already know that the game will be playable at EGX in September, but we can probably expect a trailer before that.

"Sega Had To Confirm That Official Sonic Frontiers Art Isn't Fan Made" :: Login/Create an Account :: 3 comments

Are they really sure themselves it isn't fanmade?

Well that's a good thing they wanted to reassure it.

haha yeah they had to reassure people