Rumor: EA Could Be Making a New Iron Man Game 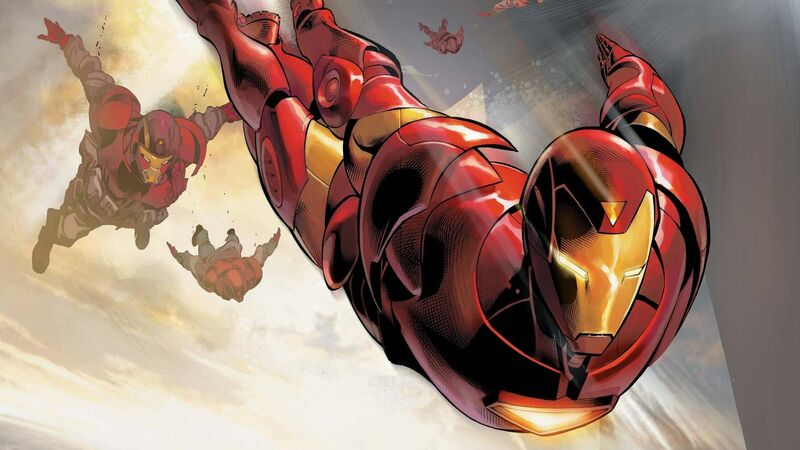 4.2
As part of its recent financial reporting for the quarter, Electronic Arts CEO Andrew Wilson said that single-player games are a "really important part" of the company's portfolio. That quote comes on the back of rumors regarding a Marvel-licensed Black Panther game currently being worked on at the publisher. Now there's another rumor indicating that EA may also have an Iron Man single-player game in the works. EA's single-player partnership with Disney, driven by the success of Star Wars Jedi: Fallen Order, appears to be growing.

The rumor comes from industry insider and frequent leaker Tom Henderson. Henderson responded to a short video from Jeff Grubb saying that EA is working on not just Black Panther, but also an additional single-player Marvel game. Henderson added to this, saying that he's heard rumors that this second single-player Marvel project at EA is Iron Man. However, he also flags it as "heavily" under the rumor category, as he's yet to get firm confirmation of the rumor's validity.

Iron Man is no stranger to licensed video games, though the robotic suit-waring superhero hasn't had the breakout industry success that Spider-Man and Batman have had. Most recently, there was Iron Man VR for the PlayStation VR headset, which was released in 2020. Between 2008 and 2013 there were a trilogy of Iron Man games directly inspired by the Iron Man films in the Marvel Cinematic Universe. By the third game, the series had become mobile-only, however.

I've heard a few rumors that it's Iron Man but I never had anything concrete to fully report on.

Put this heavily under the "rumor" category for now and if I hear/see more information that's concrete I'll report on it properly. Just thought it was worth mentioning. https://t.co/MF3ddG04yR


The big question, if the rumor about an Iron Man single-player game is true, is which studio is developing it. Given that most EA subsidiaries, like BioWare and Respawn, are currently deeply involved in their own projects, it's unclear who Iron Man could be made by. The same could be said for Black Panther, for that matter.

The studios at the heart of current speculation regarding EA's rumored single-player Marvel projects are two Seattle-based teams put together in 2021. Black Panther is rumored to be coming from a team led by former Monolith Productions VP Kevin Stephens. Perhaps Iron Man is being made by the other Seattle team, led by former Bungie creative director Marcus Lehto.

If the Iron Man rumor is true, then much like the Black Panther rumor it may be years yet before an official confirmation is made by EA. These single-player games would be very early in development and are likely to be ambitious, meaning they'll take some time to be made. Further leaks and rumors should hopefully make the wait for these exciting single-player Marvel projects less of a strain.

Iron Man is rumored to be in development.

As long its story is unique, that would be cool

If they can make it like the other popular superhero games that would be really cool.

ya it may be cool , if its like spiderman or the old hulk skins